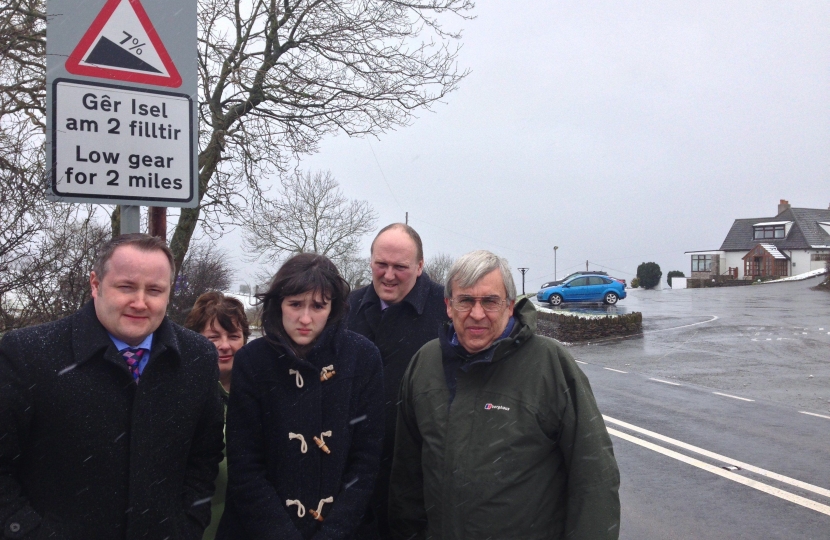 Darren Millar is backing a campaign for Welsh Government action to address road safety concerns on the A494 Ruthin to Mold road in and around Llanbedr DC.

Darren has launched a petition for local people to show their support for the campaign, which has been inspired by Ruthin teenager. a serious accident, Nia Jones, who was injured in a serious accident involving two cars and a bus near the former Clwyd Gate restaurant as she drove home from university in Chester in February 2006.

The petition is backed by Nia and local County Councillors Huw Williams and Martyn Holland.

You can back Darren's campaign by signing his online petition by clicking on the button below or opening it in a new window :here.