75th anniversary of the D-Day landings: AM salutes and thanks all those who fought 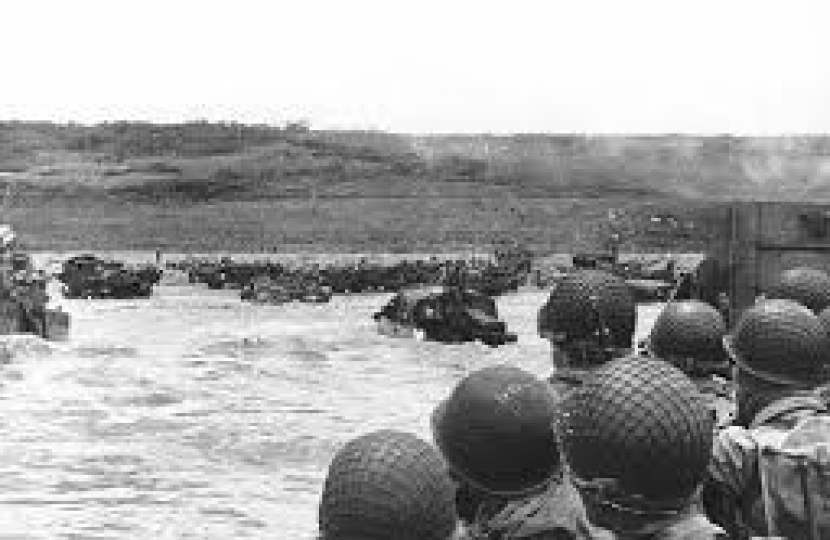 Speaking in the Senedd yesterday, the day before the 75th anniversary of the D-Day landings, Clwyd West Assembly Member Darren Millar paid tribute to all those who fought and thanked them for their sacrifice.

In a 90 Second Statement he said:

“Tomorrow marks the seventy-fifth anniversary of D-day. On the morning of 6 June 1944, the largest armada in history anchored off northern France preparing to disembark thousands of allied troops onto the shores of Normandy. What followed resulted in one of the bloodiest episodes of the second world war and marked a pivotal moment in the campaign against Hitler. Waiting in the ships, as part of Operation Overlord, were hundreds of Welsh soldiers, all of them from the formidable South Wales Borderers of Rorke's Drift fame.

“They spent two months in training and were now ready for the invasion to begin. Their task was to follow the first waves of troops by landing near Arromanches and to push inland to the high ground north of Bayeux. On their way, they were to capture a radar station, as well as the guns and bridge at Vaux-sur-Aure, and to link up with American forces. It was a daring plan. As they waited, the smoke from the battle rose into the air and the sound of explosions echoed across the water. The order to land came just before noon. On landing, they pushed quickly forward, driving the Germans out of the radar station and by nightfall they had taken the guns and the bridge at Vaux-sur-Aures. By midnight, the South Wales Borderers had captured more ground than any other unit involved in the invasion.

“Some 11 months later, they'd fought their way all the way from those beaches to Hamburg at the vanguard of the allied drive through France and into Germany until the defeat of the Nazi regime. Today, we salute those who fought and thank them for their sacrifice.”