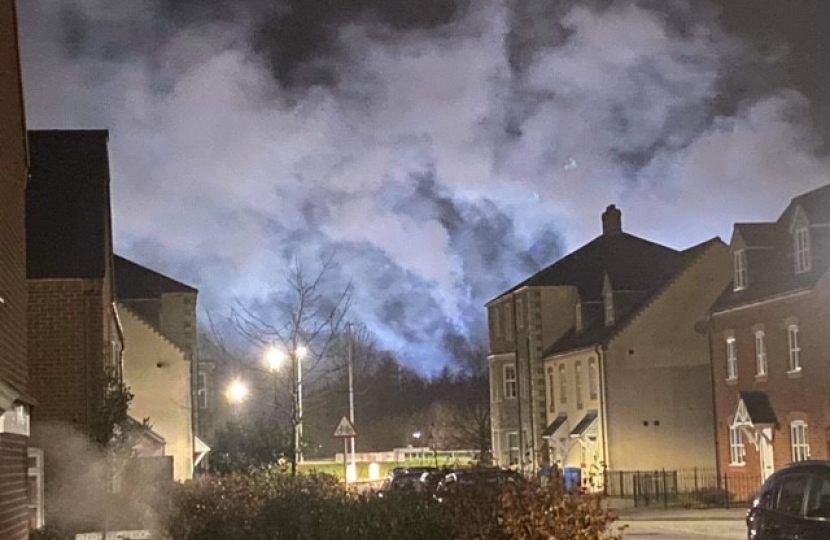 Clwyd West MS Darren Millar has welcomed moves to tackle air pollution blighting the Glasdir estate in Ruthin, but is concerned that it has taken so long to address the problem.

For months residents and businesses in the area have been affected by smoke coming from Brickfield Lane industrial units.

Last week, Darren met with Natural Resources Wales (NRW) and Denbighshire County Council to discuss the problem and was pleased to be told that the pollution is being investigated and that businesses responsible have been spoken to.

Speaking after the meeting, he said:

“NRW has confirmed that an investigation is underway into the operation of equipment without a permit at one local firm and Denbighshire has undertaken visits and given advice to another firm regarding working practices, which the business has agreed to change.

“The Council has agreed to install independent air quality monitoring equipment on the estate in the coming weeks. It will be in place for at least one month to determine whether problems persist and further enforcement action can be justified.

“While I am grateful to the local authority and Natural Resources Wales for meeting with me this week I am concerned that problems have been ongoing for such a long time.

“It is essential that local firms are good neighbours to the community around them and that regulatory authorities use their powers to resolve matters quickly where they arise.

“Hopefully, the action that has now been taken and the monitoring which will soon be underway will be able to demonstrate that this matter has been resolved once and for all.”