AM backs campaign to tackle ageism in Wales 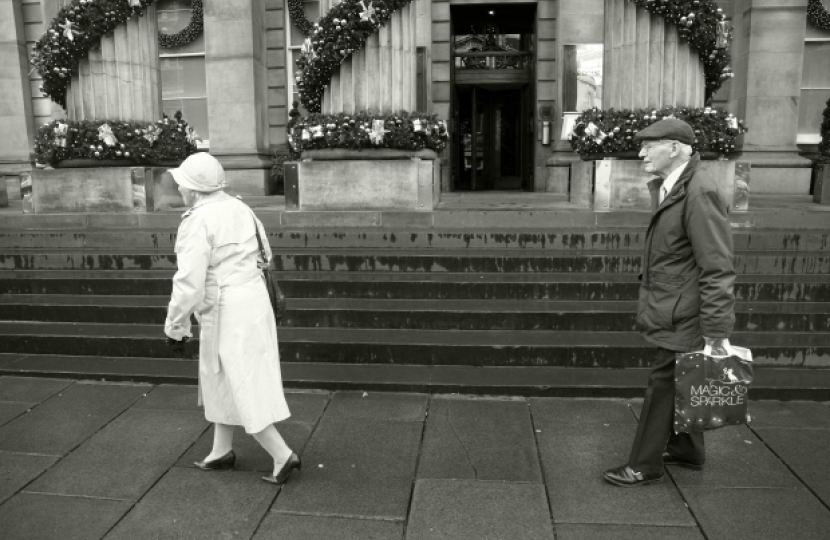 Clwyd West AM Darren Millar is supporting a new campaign launched this week by the Older People’s Commissioner for Wales to tackle every day ageism in Wales.

#EverydayAgeism aims to raise awareness of the scale and impact of the ageism faced by older people, challenge ageism and age discrimination, and empower older people to do the same.

Darren, who in January put forward a Bill in the Welsh Parliament which would have strengthened the rights of older people (it was voted down with the Welsh Government arguing that it was not the right time to legislate), said:

“This is a great campaign and I am very pleased to support it. Whether it's in terms of their economic contribution, their volunteering or the hours of childcare provided by grandparents, older people make a huge and positive contribution to Wales.

“Despite this however, ageism is also still prevalent in Wales. It is a subject we rarely talk about, but its impact upon older people can be just as devastating as racism, sexism, or homophobia.

“Negative stereotypes of older people are still common, as is the derogatory and disrespectful language that is often used to describe people once they reach a certain age. We cannot allow this to continue. Ending ageism and age discrimination benefits everyone.”

“Taking action to end ageism and age discrimination, which underpin many of the issues and challenges faced by older people, is one of my priorities, and over the next three years I will be delivering a wide range of work focused on tackling these issues.

“Ageism results in older people being treated unfairly and their rights not being respected and upheld, impacting upon their health, well-being, independence and quality of life.

“Yet despite its prevalence, ageism and its impact are often overlooked or ignored by society. This has to change.”

To find out more about the campaign visit www.olderpeoplewales.com/everydayageism