AM put to the test at premier army event 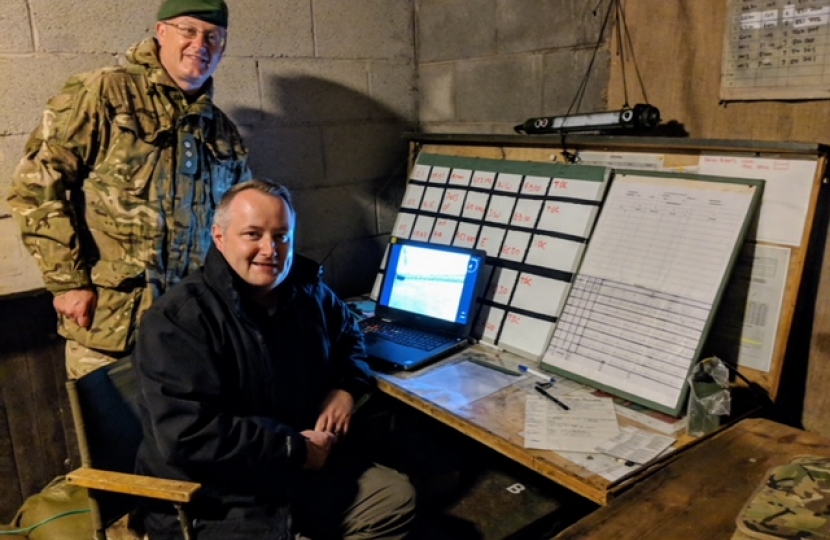 Clwyd West Assembly Member Darren Millar lived off rations for the day and took part in a number of challenging activities when he visited the premier patrolling event of the British Army last week to gain an insight into military life.

Darren visited the Cambrian Patrol in Powys as part  of the Armed Forces Assembly Scheme which seeks to promote a greater understanding of the military amongst Assembly Members and provide Members with an opportunity to discuss the relationship between the Armed Forces and the National Assembly for Wales.

The Cambrian Patrol,  at Sennybridge Training Area, is a two day exercise which attracts participants from over 20 nations who put forward their elite units to compete within what is often regarded as the world’s premier patrol competition.

Darren, who is Chair of the Cross Party Group on the Armed Forces and Cadets,  said:

“I had a great time during the visit, which gave us a real insight into the incredible skills our members of the armed forces have to have.

“I got to shoot a gun at a target on the firing range, ate rations in a mess hall, and visited a replica German village that’s used to train military personnel.

“It is impossible to overstate the massive contribution that our armed forces make to keeping our nation safe. They do an incredible job for us on a daily basis and after witnessing and experiencing first hand some of the grueling training exercises they have to endure, my admiration for each and every one of them has increased considerably. “