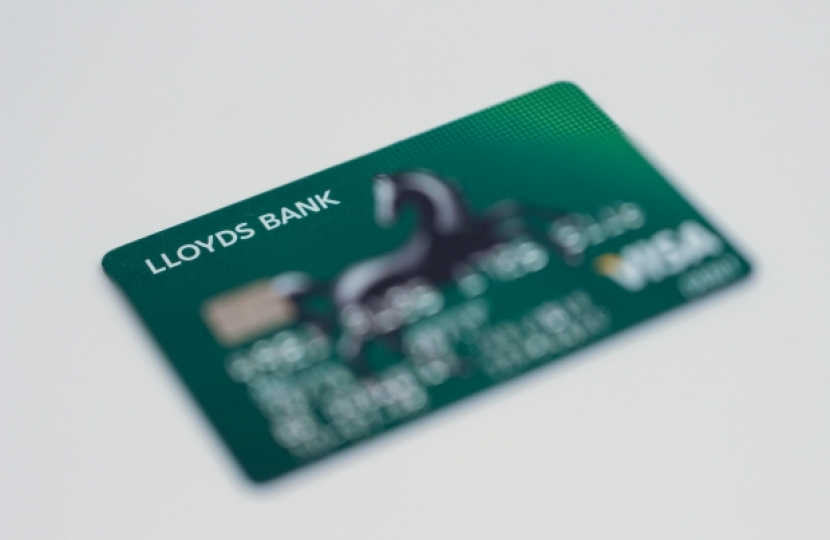 Clwyd West AM Darren Millar has welcomed news that a bank which was planning to close its Colwyn Bay branch later this year has reversed its decision due to the Covid-19 pandemic.

In January, Lloyds Bank announced that they had taken the decision to close their branch in Colwyn Bay on June 30th 2020 because of “the changing ways that customers are choosing to bank with us”.

However, this week Darren was informed by the bank that “given the extraordinary set of circumstances brought about by the outbreak of COVID-19”, they have taken the decision “not to permanently close the Lloyds Bank branch in Colwyn Bay during this challenging period”.

“This is fantastic news and I thank Lloyds Bank for putting their customers first during this difficult period in all our lives.

“I know many of my constituents, particularly the elderly, were concerned about the proposed closure and I was due to meet with the Bank later this month to highlight their worries. However, in light of this week’s development that meeting has now been cancelled.

“Staff in the branch have already been informed of the development, and posters will be displayed in the branch to inform customers”.

It is not only the Colwyn Bay branch that has been safeguarded, Lloyds Bank have said they are aiming to keep as many of their branches open as possible throughout the Covid-19 crisis, while ensuring they abide by public health guidelines.