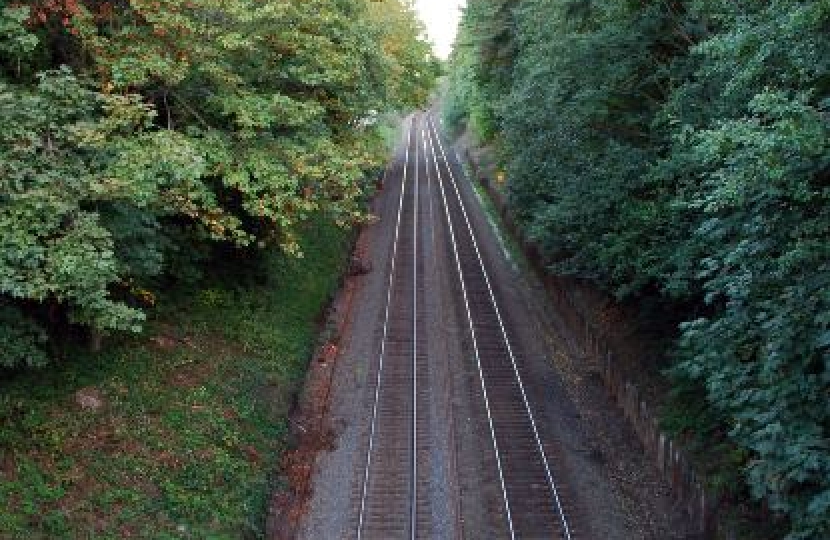 Clwyd West Assembly Member Darren Millar has called on the First Minister to speak with Transport for Wales to speed up plans for a direct rail link between North Wales and Liverpool, and, until a direct service is introduced, improve connection times to make sure that people from North Wales can get in and out of Liverpool swiftly

Darren, who campaigned for years to get a direct service between North Wales and Liverpool reinstated, was delighted when Arriva Trains Wales announced plans to do this.

However in the Senedd this week he said it is an “absolute tragedy” that there is still no direct service and urged the First Minister to speak with Transport for Wales to address this.

“I was very pleased, First Minister, to see, as a result of the UK Government's investment in the rail network, the re-establishment of direct rail links between north Wales and the north-west of England via the Halton curve.

“This has been something that I've long championed in this Chamber, first raising questions on the matter with the former First Minister over a decade ago.

“Now, those rail links are extremely important to the people of north Wales, but one tragedy is that at the moment there is still no direct rail link for the north Wales coastline into Liverpool, in spite of the railway link now being available.

“Now, I understand that there are plans to reintroduce one, but they are some time off at the moment and at present there's still a change required in Chester and, unfortunately, the timetables do not match well to deliver a reasonable time for people to be able to commute backwards and forwards to Liverpool for whatever purpose they might need to do so.

“So, can I implore you to speak with Transport for Wales in order to look at their timetabling arrangements, prior to the reintroduction of the direct rail link between the north coastline and Liverpool, in order to get those connection times right to make sure that people can get in and out of Liverpool swiftly?”