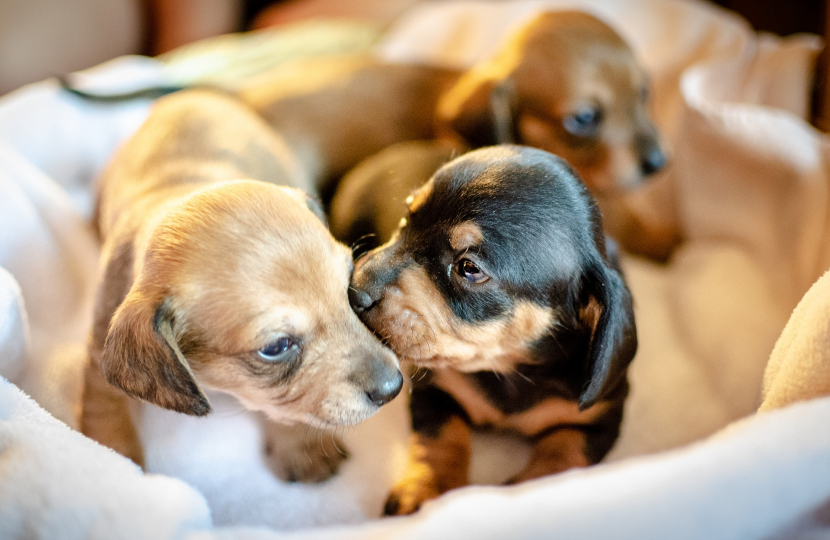 The puppy smuggling trade sees helpless puppies and heavily pregnant dogs being transported thousands of miles to meet the UK’s demand for dogs. They're forced to travel in cramped, dirty conditions, often with no food and little water.

There was a rise in puppy smuggling in the UK during the coronavirus lockdowns which saw a surge in demand for puppies, with prices in some areas more than doubling to an average of almost £1,900 each..

Puppies are smuggled in a variety of ways but since 2014 Dogs Trust has been exposing the widespread abuse of PETS as a means to get dogs in the country. The scheme, intended for owners to be able to take family pets on holiday, has long been used as a cover by unscrupulous traders, who have taken advantage of the simple set up to illegally import thousands of puppies from Central and Eastern Europe into Great Britain.

This activity is illegal because the scheme is not meant for animals destined to be sold commercially, and also worryingly because the puppies being imported do not meet the requirements for travel (often too young, have not received the appropriate treatments and/or have falsified documentation).

The Dogs Trust have provided overwhelming evidence of this continued and growing abuse of the system through five investigations.

During two of their investigations, they successfully smuggled a fake dog through the border on numerous occasions, which was possible because of the lack of visual checks. At no point did staff look inside the crate to visualise the ‘dog’. Instead, the ferry and Eurotunnel staff merely checked the microchip number matched the information in the passport.

Commonly, microchip scanners used to verify identification details on the dog’s implanted microchip are handed to the person travelling with the dog for them to scan the dog. Staff then check the microchip information on the scanner against the microchip number and dog’s health details in the pet passport.

Through the Puppy Pilot, Dogs Trust have also seen evidence of smugglers gluing microchips in a dog’s fur, taping it to the top of the crate or to the collar, or implanting them under the delicate skin of their ears. These microchips are then retrieved so they can be reused, and the dogs are implanted with UK microchips, in order to pass the pups off as UK bred.

In a bid to put an end to this cruel practice, they are therefore asking the Welsh Government to introduce Welsh specific legislation to mandate visual checks on all dogs coming in via Welsh ports and calling on Welsh Minsters to urge their counterparts within the UK and Scottish Governments to introduce visual checks as part of their secondary legislation. This would result in an effective, joined-up approach across Great Britain.

As a dog lover and owner I fully support these efforts

Choosing to have a dog in your life can be one of the best decisions you ever make, but it’s important to take your time, making sure that you not only get the right dog for you but that they come from the right place.

It’s much better to spend a little longer searching for your pooch and ultimately getting them safely and responsibly. Otherwise, you risk the potential heartache (for both of you) that can result from rushing into it.

For further information on buying a dog responsibly, visit: www.dogstrust.org.uk/help-advice/buyer-advice/

Meanwhile, for further information on puppy smuggling and to support The Dogs Trust’s calls for visual checks at the border  visit: www.dogstrust.org.uk/latest/issues-campaigns/puppy-smuggling/

As Dog’s Trust state “with no checks, we have no chance of ending this cruel trade for good”.