Call for investment in sea defences in Abergele, Pensarn and Belgrano 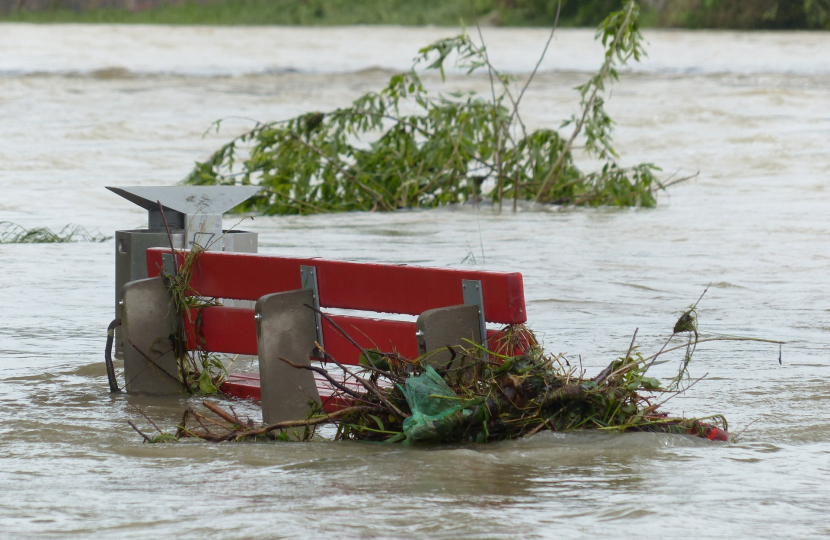 Clwyd West MS Darren Millar has called on the Welsh Government to invest in flood defences in Abergele, Pensarn and Belgrano.

Homes and businesses in the area are at risk following erosion of the beach which is undermining the sea defences.

In last Wednesday’s meeting of the Welsh Parliament, Darren raised his concerns with the Minister for Climate Change, Julie James MS, and urged her to invest in works to protect properties in this area.

“As you'll be aware, Minister, one of the biggest risks in my own constituency is the risk of flooding. We know that flooding is becoming a more frequent problem as a result of climate change and sea level rises. Along the coast, there's been significant investment in sea defences in recent years, and there are more planned for the Towyn and Kinmel Bay area.

“However, there has also been significant erosion of the beach, which is undermining the sea defences, in the Abergele, Pensarn and Belgrano areas along the coast of Clwyd West, and I'm very concerned that plans haven't yet been developed or brought forward to address those issues with beach replenishment or the raised height of the flood defences.

“What assurances can you give my constituents that there will be investment in those sea defences in those areas, and that the beaches will be replenished in order to protect homes and businesses from flooding?”.

In her response, the Minister said “we are working very closely with the risk management authorities to make sure that we are using an agreed set of criteria to be able to assess where the risk is and in which priority they bring it forward”.

“I appreciate the investment in sea defences in Clwyd West in recent years, but Abergele, Pensarn and Belgrano remain at risk because of the erosion to the beach. The recent bad weather has reminded us that the threat of flooding is never far away for those of us living and working on the coast in North Wales and it is therefore vital that works are carried out in this area to protect homes and businesses.

“In her response, the Minister advised me to ask the risk management authority to specifically look at the situation in this area. Concerns have been raised with Conwy County Borough Council and I will continue to press for action.”