Call for urgent safety measures on dangerous A494 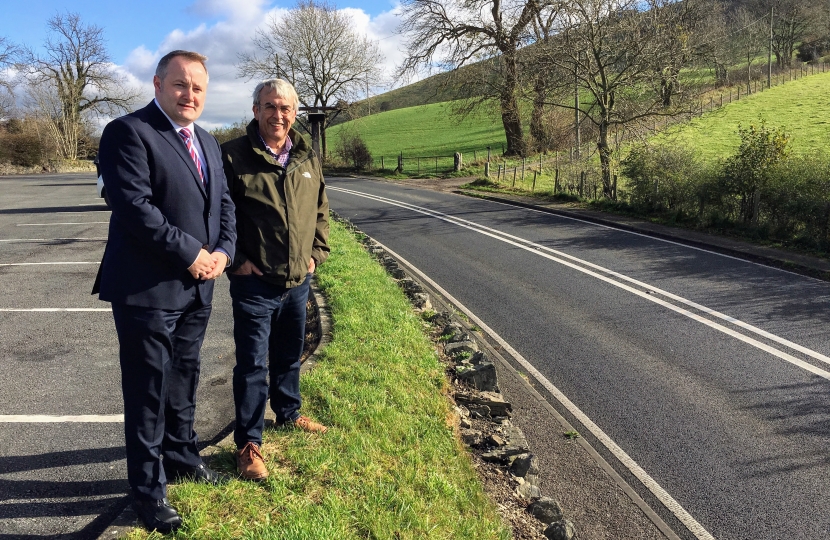 Clwyd West Welsh Conservative candidate for the Senedd elections Darren Millar has called for an urgent update on agreed safety measures on a dangerous stretch of road in rural in Denbighshire following a serious accident at the weekend.

For years Darren has been calling for action to improve road safety on the dangerous A494 in and around Llanbedr DC in his constituency, and following a serious accident involving a local teenager back in 2016 he launched a petition calling on the Welsh Government to take action to address local concerns.

At the weekend there was another accident on the stretch, which closed the road for several hours, and there have also been complaints of motorbikes speeding along the road.

“As you will be aware from my correspondence over many years, I am very concerned about road safety on this stretch of the A494 in this part of my constituency. The serious accident over the weekend clearly demonstrates the need for further action to be taken by the Welsh Government to protect lives and prevent further harm.

“I would be grateful for an urgent update on the installation of the measures already agreed and for a review of highway safety arrangements, including the speed limit and signage, around the Clwyd Gate corner.”

“We have sadly seen too many accidents on this stretch over the years and urgent action is  desperately needed to stop it being used as a race track by cars and motorbikes.

“I have been highlighting these problems with the Welsh Government for years. I therefore hope the Minister responds to my latest  calls as soon as possible before more lives are put at risk.”