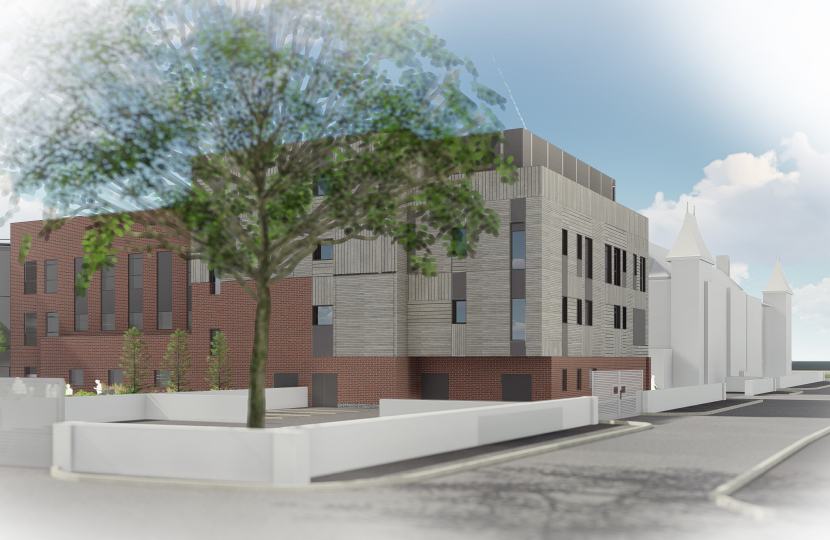 With the Welsh Government having announced back in 2013 that a new hospital would be built in Rhyl to serve North Denbighshire, Clwyd West MS Darren Millar has this week called for an urgent statement from the Health Minister on the delivery of the facility.

Darren, who has supported the exciting plans for the new hospital on the site of the Royal Alexandra Hospital in Rhyl since they were first mooted, is frustrated that the facility is still not open, despite initial assurances from the Welsh Government that it would be up and running by 2016.

Raising the matter in the Business Statement, he called for an urgent statement from the Health Minister before the start of the summer recess, but was told this would not be possible.

Speaking in the Senedd, Darren said:

“I'd like to request a statement from the Health Minister on the delivery of the North Denbighshire Community Hospital.

“Back in 2013, the then Health Minister, who, of course, is now the First Minister, made an announcement that a new hospital would be built in Rhyl to replace previously closed facilities at the Royal Alexandra Hospital and Prestatyn Community Hospital.

“He said that he expected the building to be ready and open in 2016. It's now 2022 and we still haven't seen a spade in the ground. Given that Glan Clwyd Hospital is under huge pressure and the emergency department in particular needs to improve, the development of this new facility now should be absolutely prioritised, because the proposed new minor injuries unit and the extra beds will take an awful lot of pressure off the hospital down the road. So, can I ask for an urgent statement, before the end of term, from the Health Minister on this important project, and when we can expect to see it delivered?”

The Trefnydd, Lesley Griffiths MS, told Darren,  “There is certainly no space in Government time before the end of term for the Minister for Health and Social Services to do a statement”.

“It is absolutely disgraceful that this statement cannot be made before the end of term. People have waited long enough and deserve to know what’s going on. Quite frankly, the Minister should be making the time to inform us all as to why there has been such a long delay.

“It’s all very well saying that significant funding has been put into Glan Clwyd Hospital, but the truth of the matter is, people are still not receiving the service they should be there because it is so overstretched.

“This new hospital is desperately needed and the Welsh Government should be prioritising it, instead of dragging their heels.”