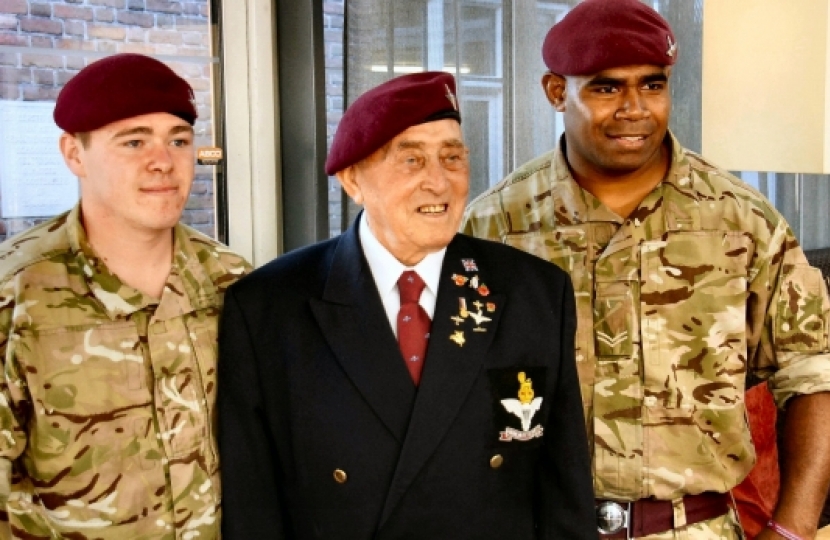 Clwyd West Assembly Member and Chair of the Cross Party Group on the Armed Forces and Cadets, Darren Millar, has called on the Welsh Government to provide funding for the Veterans’ NHS Wales service when its grant support comes to an end in 12 months.

Hundreds of veterans have been helped since the service was established in 2010, but there are pressures within the service and Darren told the Finance Minister on Tuesday that additional funding is crucial.

Appealing to the Welsh Government to give it the financial support it needs in this week’s Business Statement, Darren said:

“I call for a statement from the Government on the future of Veterans' NHS Wales. The service is appreciated by many people and there are hundreds of veterans who have benefited from it since it was established. One of the issues with that service, though, has always been its capacity to deal with the demands that are placed upon it.

“Veterans’ NHS Wales was very fortunate in securing generous grant support in order to employ more therapists and reduce waiting times for veterans in need from the charity Help for Heroes, but that grant support will come to an end in 12 months' time and, obviously, the service is very keen to ensure that there can be some continuity after that.

The Finance Minister and Trefnydd, Rebecca Evans AM, told Darren she would speak with the Minister for Health and Social Services with regard to the points he raised.

“Additional funding is essential in order to reduce waiting lists and ensure that ex-service personnel have access to the services they need when they need them.

“We owe it to those who sacrifice so much for our country, to provide them, and their families, with the very best services and support."