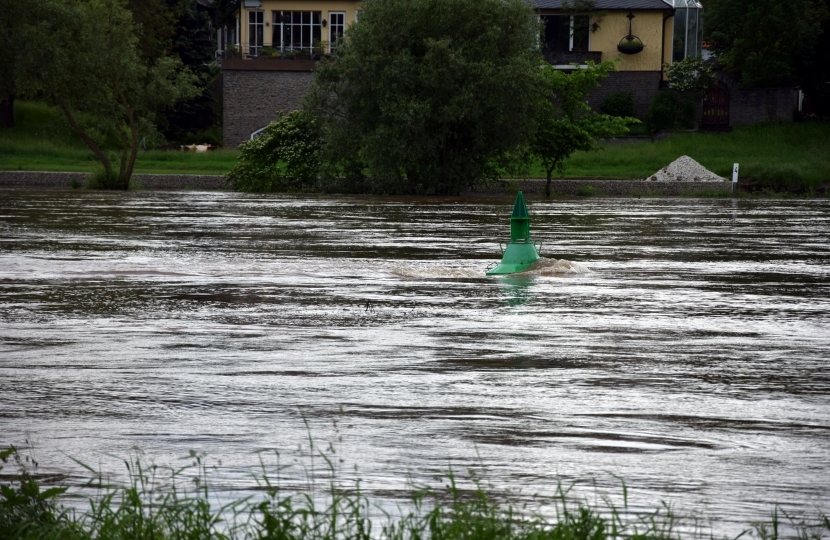 “One of the common problems that seems to occur in the aftermath of flooding events is the speed at which Natural Resources Wales completes its follow-up work and then actually implements any change on the ground in terms of capital investment.

“In my constituency there have been problems in Llanfair TH and Pensarn, in terms of the pace of follow-up work and investigations, and in Ruthin, where work is only just going to be underway in spite of the fact that there were significant floods there earlier in the year in January.

“What action is the Welsh Government taking to address these issues?”

The First Minister’s gave assurances that an ongoing review into Natural Resources Wales would address those concerns.

Speaking outside the chamber Darren said:

“I have been contacted by countless constituents who have raised concerns regarding the pace that NRW work at after their communities have been hit by flooding.

“I will continue to call for the Welsh Government and Natural Resources Wales to do everything they can to prevent a repeat of the sort of devastating floods we have seen across North Wales in recent years.”