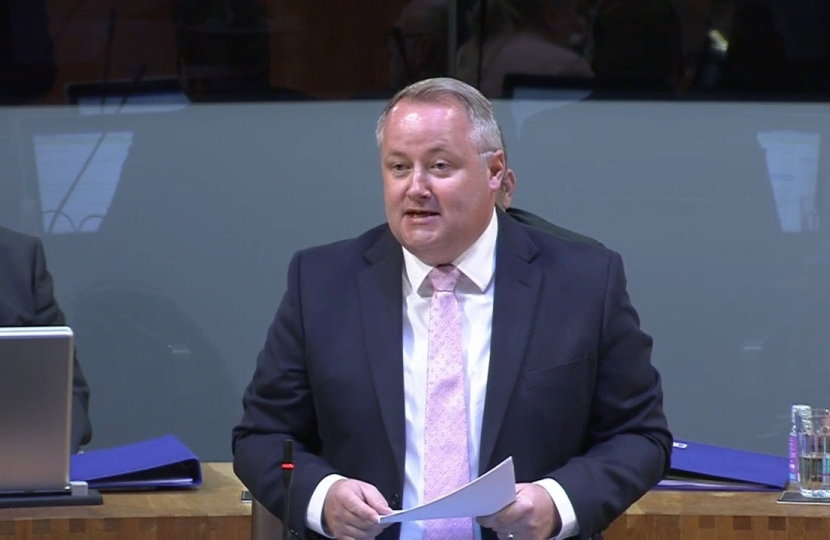 Clwyd West MS Darren Millar has today challenged the First Minister over the withdrawal of animal care courses at Denbighshire’s Coleg Llsfasi which has been carried out without consultation with students, staff and parents.

Speaking in this afternoon’s meeting of the Welsh Parliament, Darren raised concerns about the relocation of the animal care courses at Coleg Llysfasi, situated just outside Ruthin, to Northop, when questioning Mark Drakeford over access to education in rural Conwy and Denbighshire.

“What action is the Welsh Government taking to promote access to education in rural Conwy and Denbighshire?

“First Minister… You will be aware of the excellent provision that there has been over many years at Coleg Llysfasi, which is just outside Ruthin, which provides agricultural courses and high quality animal care courses.

“The result of the withdrawal of the animal care courses at Coleg Llysfasi and their relocation to Northop means that the Welsh language provision of courses will be hampered and staff and students will face significant inconvenience. Access to those courses will be very difficult, particularly for those students who have already started some of their courses and hope to progress on to other years as well, because many will have, now, trips of up to an hour in each direction in order to complete their studies. That's clearly unacceptable.

In his response, the First Minister said he was not aware of the changes.

“While I am very familiar with Llysfasi and the work it does, and indeed the excellent work carried out by Coleg Cambria, that's the first I've heard of the specific issue that he's set out comprehensively this afternoon.

“The Minister will have heard what he has to say. I'm sure he'll be happy to look at whether there are changes to arrangements that need to be put in place, or whether it's more a matter of pursuing the individual concern that Darren Millar has raised this afternoon.”

“These are major changes which should have been consulted on. They have caused a great deal of worry for those currently on the courses and will prevent others enrolling on them in the future. It is imperative that the Education Ministers looks into this as a matter of urgency.”