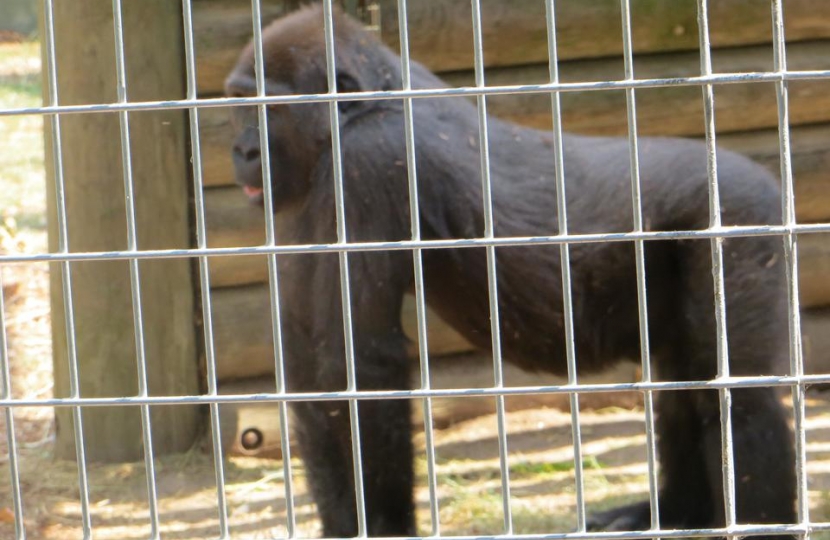 Three North Wales Members of the Senedd have sent a joint letter to the Welsh Minister for Environment, Energy and Rural Affairs Lesley Griffiths MS, reiterating calls for a financial support package for zoos, aquariums and other animal attractions, which currently have no income due to the Covid-19 pandemic.

The UK Government has set up a £14 million fund to provide animal welfare grants of up to £100,000 for zoos or aquariums affected by coronavirus, but despite repeated pleas from Welsh Conservative Senedd Members for a similar support package in Wales, the Welsh Government have so far refused.

Today, North Wales MS Mark Isherwood, Clwyd West MS Darren Millar and Aberconwy MS Janet Finch-Saunders sent a letter to the Minister for Environment, Energy and Rural Affairs, who is responsible for animal welfare, emphasising “the bleak future” these attractions will face if they do  not receive the support they need and calling for her to “throw a much needed lifeline to the Welsh Mountain Zoo and other attractions across the country.”

“The coronavirus pandemic has seen zoos and other animal attractions shut their gates in a bid to protect the NHS and save lives.

“With no income from entrance fees, these closures have presented significant challenges for zoos in Wales. Unlike other organisations, zoos have been unable to furlough their workforces and cease their operations due to their animal welfare obligations.

“The National Zoological Society of Wales, the Welsh Mountain Zoo, is a primary example. It continues to incur monthly running costs in excess of £100,000 without any income from ticket sales. It is one of many animal attractions in Wales which faces a bleak future unless it gets the support it needs.

“While the recent assistance to the zoo from via the Economic Resilience Fund is most welcome, it falls well short of the sustained support required to ensure that the zoo will survive.

“As you are aware, in recognition of these challenges, the UK Government has established a Zoos Support Fund to assist zoos, aquariums and other animal attractions to meet their animal welfare costs and securing their long term futures. We believe that Wales needs a fund like this too.

“We appreciate the commitment that you have shown to animal welfare in your role as Minister for Environment, Energy and Rural Affairs. The establishment of a Welsh Zoos Support Fund would further underscore this commitment and throw a much needed lifeline to the Welsh Mountain Zoo and other attractions across the country.

“As a person who is familiar with the Welsh Mountain Zoo we know that you understand its status as a major tourist attraction in North Wales and as an important national asset. We therefore urge you to establish a Welsh Zoos Support Fund to secure the viability of Wales’ National Zoo as soon as possible.”

Commenting ahead of tomorrow’s statement from the First Minister, Darren Millar MS – the Shadow Minister for Covid Recovery – said:

“The Welsh Government must work hard to protect people’s lives and livelihoods.