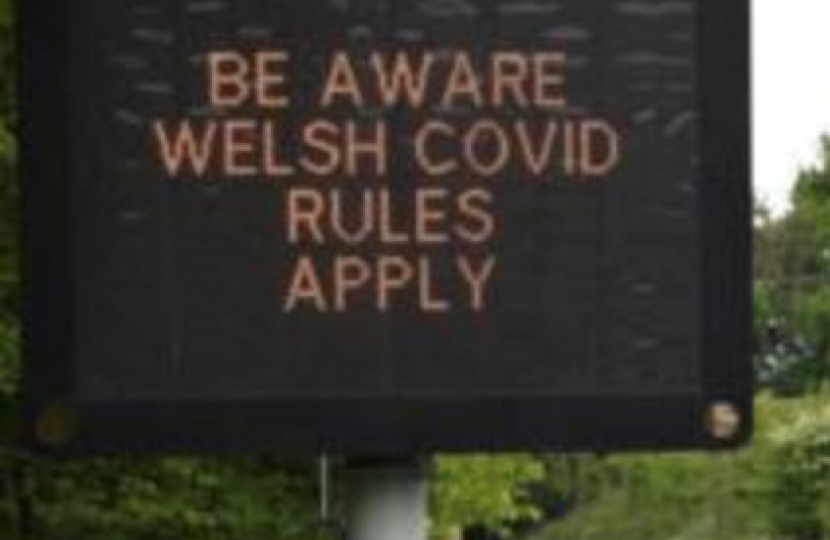 Clwyd West MS Darren Millar has welcomed today’s announcement by the First Minister than the five mile travel restriction is to be relaxed and could be axed on July 6th.

There has been much opposition to the five-mile rule since it was introduced by the Welsh Government and many were hoping that it would be lifted in the latest review of lockdown today.

However the First Minister said the "stay local" rule will remain in place for a further two weeks and will be lifted on July 6 as long as the virus "is where it needs to be", but it will be relaxed to enable people to see any family member "whose wellbeing has been badly affected because they haven't been able to see people."

Responding to today’s announcement, Darren welcomed the changes and said that people will be pleased to see the back of the five mile rule in two weeks’ time.

“The First Minister had previously indicated that this cruel five mile rule could be in place throughout the summer, so I am pleased that he has listened to our calls and finally seen sense. I particularly welcome the fact that people are now permitted to travel  further than five miles on compassionate grounds to see their loved ones.

“There appears to have been no scientific basis for this arbitrary travel limit which has prevented many people from seeing their loved ones since it was introduced. It has compounded the impact of loneliness during what is an already extremely challenging time for people.

“The people of Wales will be glad to get some freedom back and see the back of this cruel rule on July 6th.”