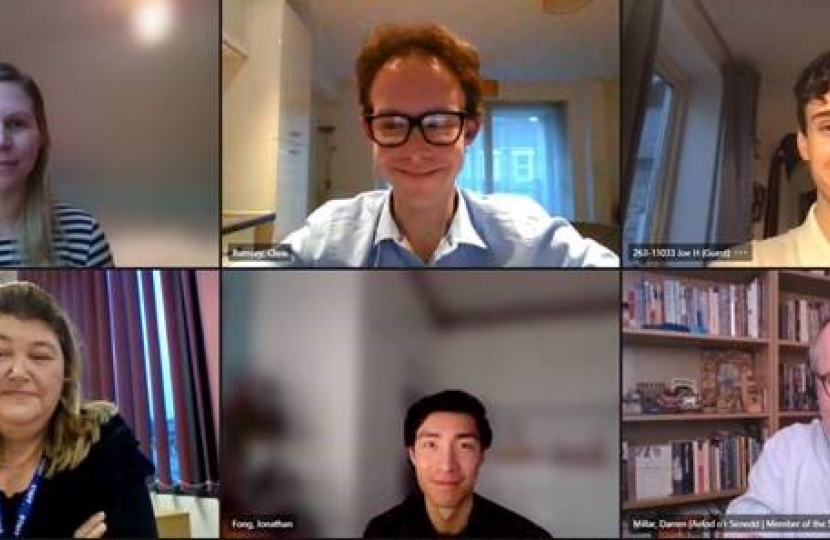 A campaign to promote safer driving among first-year drivers following the tragic death of a Denbighshire teenager is gathering pace after Clwyd West MS Darren Millar and those leading the campaign met with the Association of British Insurers (ABI) last week.

Olivia Alkir was killed in a horrific crash on the B5105 between Ruthin and Clawddnewydd in 2019.

Following her death the ‘Olivia’s Legacy’ campaign was established by her best friend Joe Hinchcliffe, who was a witness of the accident, calling for all new drivers to be required to have a black box fitted to their vehicle for the first year after they pass their test and a limit on the number of passengers they can carry to one, in order to promote safer driving.

On Friday, Darren met with the Association of British Insurers to discuss the campaign, along with Joe and Olivia’s mum, Jo Alkir.

“It was a very productive meeting in which we discussed our calls for black boxes to be required for all new drivers for the first 12 months after they pass their test and for a limit on the number of passengers that new drivers can carry.

“The ABI was sympathetic to the calls and told us about their proposals for a Graduated Driving Licence, with limits on driving for the first 12 months to help new and young drivers to build up their skills.

“They have agreed to take our campaign and share its calls with their panel of insurers.

“Olivia was only 17 years old when she died, and without action further young lives will be lost. I hope the insurers support our calls and we can work with them to ensure that our young people are better protected when out on the roads.”

Clwyd West MS Darren Millar has welcomed work that has been carried out in his constituency and across North Wales to improve 4G mobile coverage.