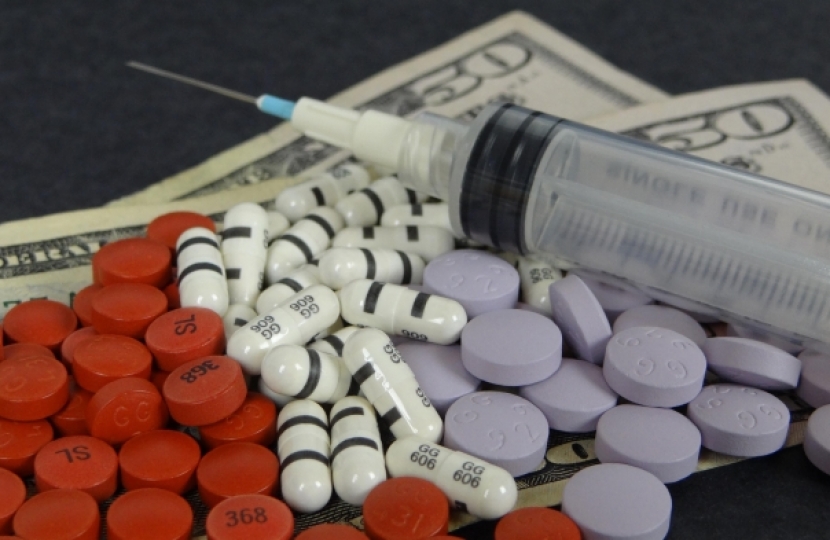 Clwyd West Assembly Member Darren Millar has welcomed latest figures which show a drop in drug crime in his constituency.

While latest figures have revealed that drug crime is increasing in many small towns and villages, even as it falls significantly in city centres, Darren was pleased that both Abergele and Colwyn Bay have bucked the trend.

“Police data shows drug crimes in England and Wales have fallen by more than 50,000 in the past five years, but latest figures indicate that there has been a major shift in where drug crimes are being committed with gangs operating away from home cities.

“Sadly, there has been an increase in drug crimes in some parts of the North Wales coast, such as Rhyl and Kinmel Bay, which is concerning and needs to be addressed, but I was pleased that parts of my own constituency, namely Abergele and Colwyn Bay, have seen a significant decrease.  Hopefully this trend will continue and residents and visitors can rest assured that they are safe places to live and visit.”

“The UK Government is committed to tackling drug crime and crime in general, in fact these latest figures have been published as the UK Government pledged an extra £85m to prosecutors to help deal with a rise in violent crime.”