Give all cancer patients in Wales the best chance of survival 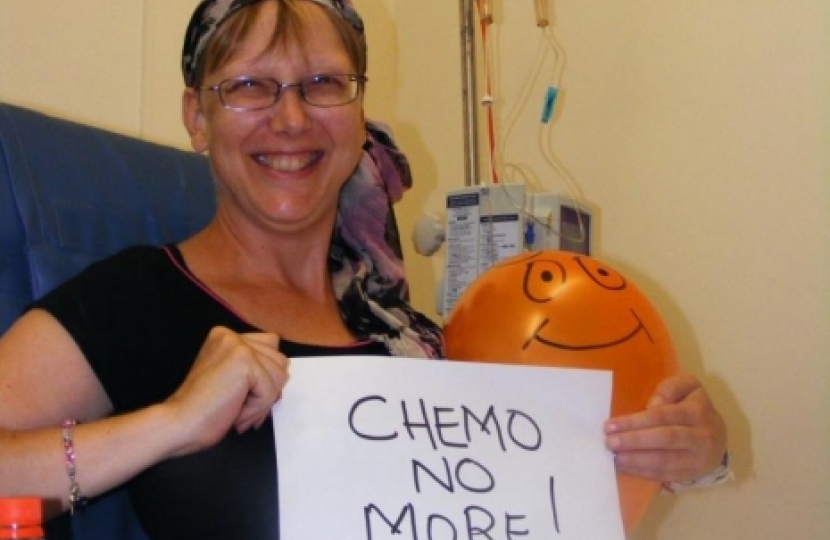 Around 19,000 people are diagnosed with cancer every year in Wales and just over half of them survive their cancer diagnosis for 10 years or more. This is a massive improvement compared to the 1970s when it was only 1 in 4.

Catching cancer early is critical to people's opportunities for survival. Cancer Research UK have indicated that you're three times more likely to survive your cancer if you're diagnosed at stage 1 or 2, rather than stage 3 or 4. They’ve also indicated that 600 more people in Wales could survive their cancer by achieving earlier diagnosis.

So, in order to drive that improvement in mortality, we clearly need to address some of the issues that we face in the diagnostic workforce and I raised this in the Welsh Parliament last week with the Health Minister, when I referred to the shortages of radiographers, of consultants and of specialist endoscopy nurses in Welsh hospitals and asked what action he is taking to address the shortfall.

I welcome the fact that the Welsh Government have taken initial steps and made firm commitments to address NHS workforce shortages including: the new national imaging academy; Establishing HEIW; a national endoscopy plan; and actionable government statements of intent for pathology and imaging,  but much more needs to be done to meet current and future patient demand.

Health Boards are struggling to recruit and retain radiographers and in 2018, Welsh radiology departments spent an estimated £8.8m on outsourcing, overtime and insourcing, up almost £4m from 2017.

They also identified that the cellular pathology workforce is ageing in Wales with 36% of consultants retiring in the next 5 years., and that approximately 1 in 10 nurse endoscopy posts are vacant, with some health boards bring teams in from England to clear backlogs.

The Health, Social Care and Sport Committee review of endoscopy services concluded: ‘It is evident that demand for diagnostic tests is outstripping capacity’. We can allow for this to continue.

As I said in the Assembly Chamber recently, the Welsh Government need to address the shortage in the workforce in order that we can drive up this early diagnosis to improve those mortality rates and move us from the bottom of some of those European league tables right to the top.

We know that one in three of us will get cancer. With statistics this high, it is therefore vital that we ensure all cancer patients in Wales are given the best chance of survival.

Clwyd West MS Darren Millar has called on the Welsh Government to lift the current Covid-19 restrictions in relation to worship in churches and to allow congregations to sing again.