Health Board slammed for £60m overspend at Ysbyty Glan Clwyd 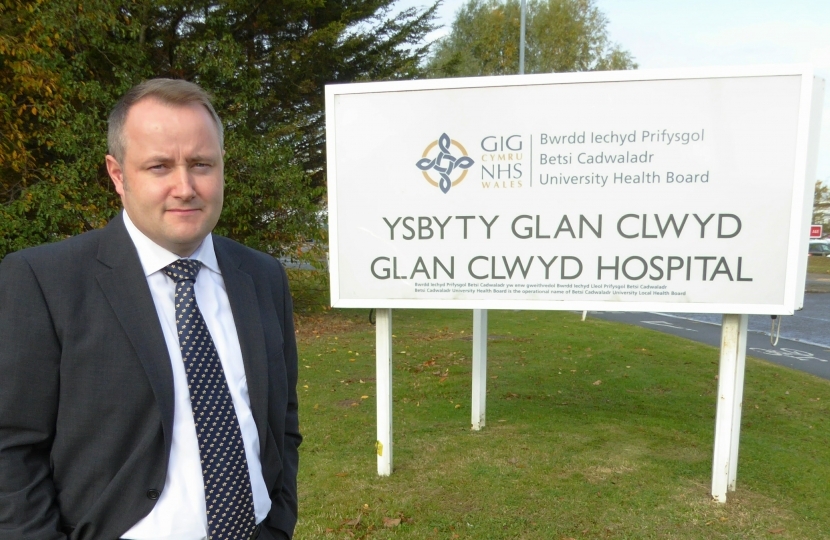 A report by the Wales Audit Officer said that the "very significant cost overrun" for the removal of asbestos at the site was avoidable.

“This is absolutely appalling. We are not talking about thousands here, we are talking about tens of millions of pounds. That is a phenomenal amount of money and money that could have been much better spent elsewhere.

“How many hip, knee or shoulder replacement operations could £60,000,000 pay for? Or how many doctors or nurses? With many patients waiting over 2 years for treatment this cash could have put a huge dent in the unacceptable waiting lists in North Wales.

“Betsi Cadwaladr University Health Board has been in special measures and therefore under direct control of the Welsh Labour-led Government for over five years now. The Health Minister needs to be held accountable for such an inexcusable overspend and explain to patients in North Wales how on earth things have gone so wrong on his watch.”