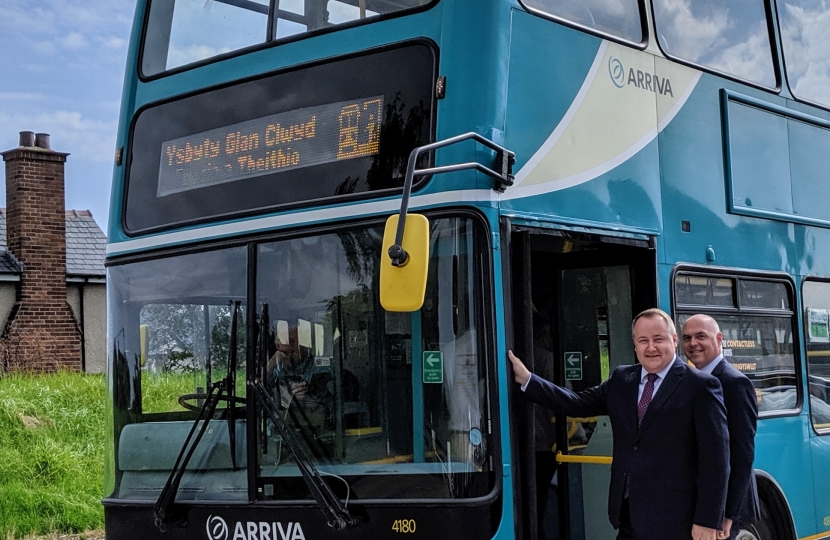 Clwyd West AM Darren Millar has welcomed today’s news that the popular park and ride service at Glan Clwyd Hospital is to be extended by six months.

The parking scheme, which runs from the former Hotpoint factory site in Bodelwyddan, was originally due to cease at the end of June this year, but following mounting pressure by members of the public, Darren and local Conservatives, the health board extended the contract for another four months, which meant the service was due to be withdrawn at the end of October..

However, following further pressure from service users and Darren, who last week called on the Welsh Government to take action to save the facility, the Health Board has announced that the service is to be extended again.

“While I’m pleased that the Betsi Cadwaladr University Health Board has bowed to local pressure and extended this popular service, I will not rest until it becomes a permanent feature of parking arrangements for staff, patients and visitors.

“There simply isn’t enough parking at Glan Clwyd Hospital to cope with the extra spaces which would be needed if the park and ride was withdrawn.

“I urge the Health Board to work with the Welsh Government to secure a long term future for these arrangements.”