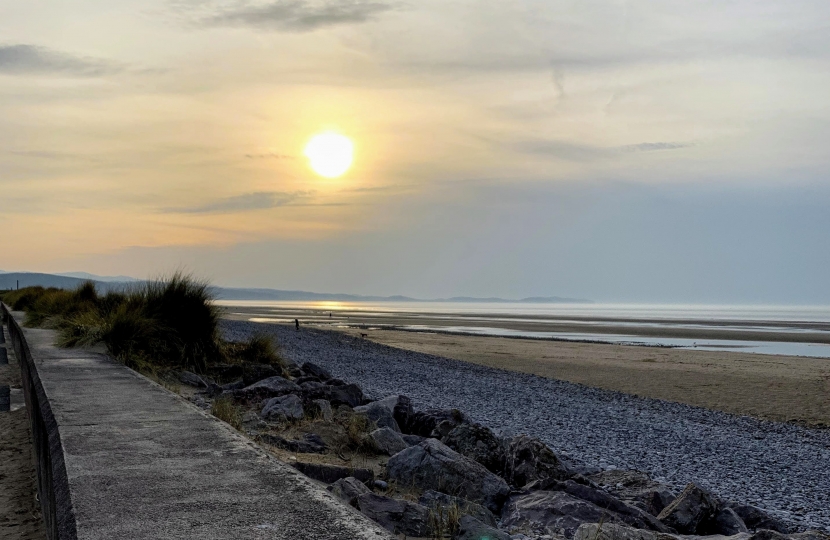 Clwyd West MS Darren Millar has called for assurances from the Welsh Government that the planned flood defence scheme in the Towyn, Kinmel Bay and Llanddulas areas will improve the promenade and be attractive to both local residents and visitors to the area.

Earlier this year the Welsh Government announced it will provide £36million to Local Authorities and Natural Resources Wales to help them invest in new defences, maintenance works and natural flood management schemes,

£1.2 million has been awarded to Conwy County Borough Council for the design and construction of improvements to sea defences in the Towyn, Kinmel Bay and Llanddulas areas.

In today’s meeting of the Welsh Parliament, Darren asked the Minister for Climate Change, Julie James MS, to ensure that any improvements are used to enhance the appearance of the promenade for residents and visitors to enjoy.

“Can I be the first to thank the Welsh Government for the new programme of works that it's hoping to initiate in the Towyn, Kinmel Bay and Llanddulas areas in my constituency, which have been at risk of flooding for many years, and, of course, which were the scene in 1990 of the most devastating floods in living memory across Wales?

“One of the concerns in terms of the schemes that may now be taken forward in that coastal belt is the visual impact of any changes to the flood defences.

“You'll be aware that tourism is very important to the local economy in this particular part of my constituency. So, I wonder what work the Welsh Government will allow to be done to make sure that the improved flood defences also actually improve the amenity for local residents along the promenade and are attractive to residents and visitors alike.”

The Minister agreed with Darren that flood defence works  have to also “enhance the local environment”.

“You'll be very well aware that, under 'Planning Policy Wales', we talk constantly and consistently about the need for sustainable communities. And that of course includes the visual amenity of tourist areas, or actually just all areas, because the residents who live there must be able to live, thrive and be happy there, as well as be protected from floods.”

Dwr Cymru Welsh Water have told residents of a Denbighshire village that they are “committed to resolving and finding a sustainable solution” to the water supply problems they have been experiencing.