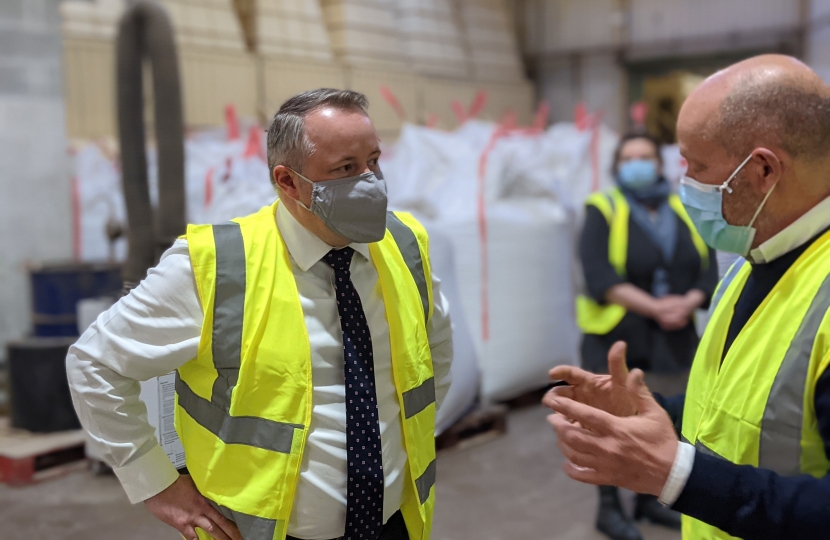 Darren visited Blazers Fuels/Newbridge Energy and Clifford Jones Timber last week with Ruthin Cllr Huw Hilditch-Roberts and Elena Vardoulaki of the Glasdir Residents’ Association to relay resident’s concerns regarding the thick smoke which has been blighting the Glasdir estate in recent months.

During the visits they toured their facilities, met with staff and discussed the residents’ concerns.

“It was a very productive visit with both firms updating us on investigations and action that has been taken to try to address emissions from their activities.

“Peter Mills of Blazers Fuels/Newbridge Energy apologised for the problems associated with its site which he said was down to mechanical problems and the quality of some of the fuel used since August last year on the site. He explained that these were now being fully addressed.

“Both firms, which employ around 100 people, indicated that they wanted to be good neighbours to local residents, many of whom are their employees.

“I was very pleased to hear this and thank both businesses for taking the time to meet with us and for providing a tour of their facilities.”