Minister must ensure that Councils listen over school closures 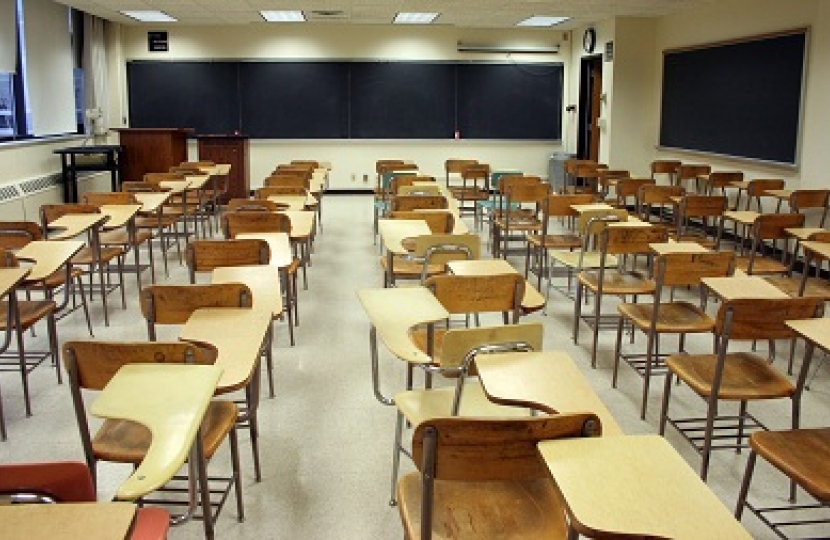 The Welsh Education Minister must ensure that councils listen to the views of parents, teachers and governors over proposals to close primary schools in North Wales, according to an AM from the region.

During questions in the Assembly last week, Clwyd West AM Darren Millar challenged the Education Minister Leighton Andrews to ensure that the voices of his constituents are properly considered during the consultation processes.

'A significant number of school across my constituency face the prospect of being closed and many people I have spoken to are concerned that decisions on the future of local schools have already been made and that their views do not count.

‘I urged the Minister to ensure that views of parents, teachers and governors are heard loud and clear by decision makers at both Denbighshire and Conwy Councils.

'Local education authorities have a duty to listen and the Minister must ensure that they take this seriously.'

Darren’s question to the Education Minister can be found below:

Darren Millar: Will the Minister make a statement on education modernisation programmes in Conwy and Denbighshire.

Leighton Andrews: In accordance with their statutory responsibilities, Conwy and Denbighshire local authorities are actively engaged in the review of schools provision in their areas, and in bringing forward proposals for change as and when they believe it is appropriate.

Darren Millar: As you will be aware, many people in my constituency are very concerned at proposals that are emerging from Conwy and Denbighshire local authorities in terms of their modernisation programmes, which could see a significant number of schools across my constituency threatened with closure. We know that change is needed and that a case for change is being made, but what assurances can you give to my constituents, to the hardworking teachers and governors of the schools that may be affected, that their views, when they make them known to decision makers, whether they are in the local authorities themselves, or here in the Assembly, will not be just registered, but will be able to influence the outcome of the consultations that might take place?

Leighton Andrews: I do not propose to comment on any school organisation proposals in either Denbighshire or Conwy that may come to me subsequently for determination. However, let me say this: the assurance I can give is that the representations that they make will be listened to properly in accordance with the guidance that we have published and laid down.