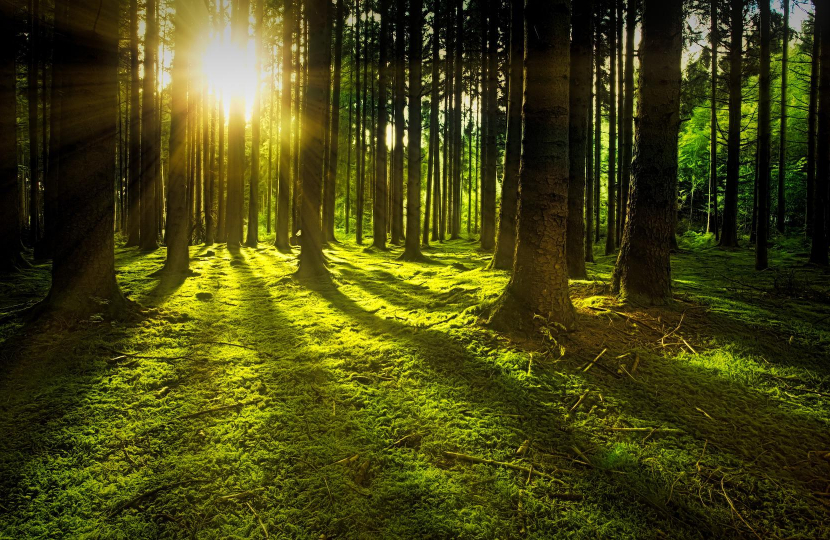 His intervention comes as a petition, launched by Countryside Alliance Wales and now in its third week, continues to collect hundreds of signatures by the day.

The petition, which is online, calls on the Welsh Government and NRW to ‘stop purchasing productive farmland to plant trees which threatens our fragile rural communities, heritage, culture and the Welsh language’.

The petition states: ‘The Countryside Alliance fully understands the need to plant trees to address the climate crisis, however, the current policy of using prime agricultural land will take agricultural land favourable for growing food out of production for generations. Furthermore, we are deeply concerned about the number of companies purchasing productive farmland for tree planting to offset their carbon emissions and feel that the Welsh Government should further protect our communities from this practice’.

The petition was launched after a Countryside Alliance Freedom of Information request revealed the Welsh Government has spent a staggering £6million buying land with taxpayers' money.

“I am supporting the Countryside Alliance Wales petition which calls on the Welsh Government and NRW to stop mass tree-planting on agricultural land, while also urging them to curtail companies from the same.

“We cannot risk losing productive Welsh farmland needed to feed the nation. I therefore urge as many people as possible to sign the petition today https://bit.ly/3zESiUp”

“We thank Darren for supporting this incredibly important campaign. Clearly, there needs to be balance and while tree planting does bring benefits, future projects need to be considered alongside the potential impact on local communities and the ability to produce food here in Wales. The Welsh Government have an ambitious aim of planting more and more trees, which may well make for short-term flashy PR, but it’s rural people who are left with the aftermath of tree planting projects that haven’t been properly thought through. We urge people living in Wales to sign our petition today.”

Earlier this week the petition received the support of broadcaster Roy Noble, who has been a constant feature on Welsh radio and TV for decades.

He said in a ‘personal plea to high officialdom’ that he had “real empathy” with farming families who “are out-bid” for land purchases by “financial combines”, who use it to offset their carbon emissions elsewhere by planting trees. He accused them of having “no empathy for, or real understanding of farming or the countryside.”