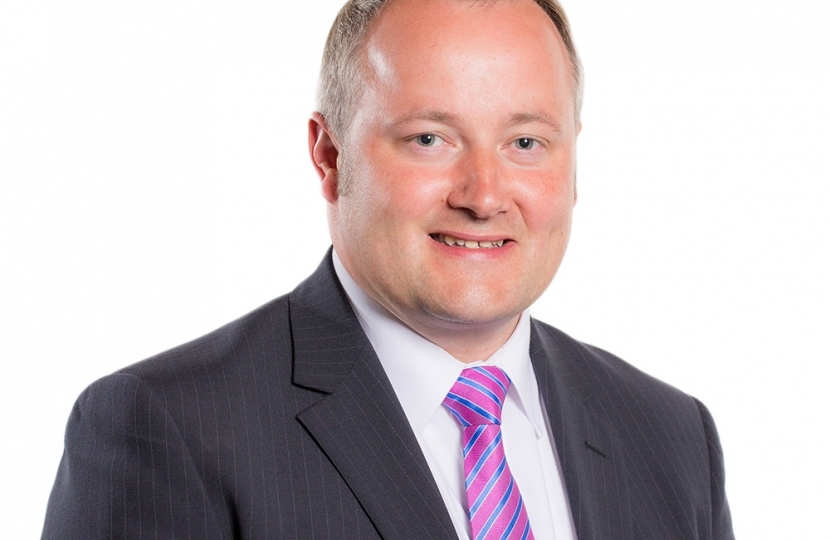 Clwyd West MS Darren Millar has sent a letter to the Welsh Heritage Minister asking her to intervene to prevent a prominent historical building in Rhos on Sea from being lost.

The property in question, 57 Marine Drive, is a large Art Deco private home situated on the route of the Rhos on Sea Heritage Trail on the promenade.

Plans have been submitted to demolish the building - designed by a famous Welsh architect – and replace it with a number of apartments.

Some weeks ago Darren wrote to Conwy County Council to object to the plans and is now calling on the Welsh Heritage Minister, Dawn Bowden MS, to get involved.

His letter to the Minister states:

“While the building is not yet listed (few 20th Century Buildings are), it is included on the National Monuments Record of Wales (NMRW) which indicates the importance of the property to both local and national heritage here in Wales.

“The 20th Century Society and a host of other heritage experts have backed efforts to safeguard the future of the building and the local authority has asked CADW to consider listing the building but regards the outcome of the CADW process, I would request your personal intervention to protect this nationally important heritage asset.”

Residents and the C20 society, a charity that campaigns for 20th century architecture have written to the Council to object the plans.

“The campaign is righty recommending that it is retrofitted into a house or flats rather than demolishing it to build flats.

“There is widespread concern about this iconic art deco building with and I really hope that the Heritage Minister recognises its importance and assists in putting an end to these worrying proposals.”

"This an impressive building steeped in history and to demolish it would be devastating. I have made my objections known to the Council and will continue working with campaigners to save it."