MS remembers all those involved in the Falklands war 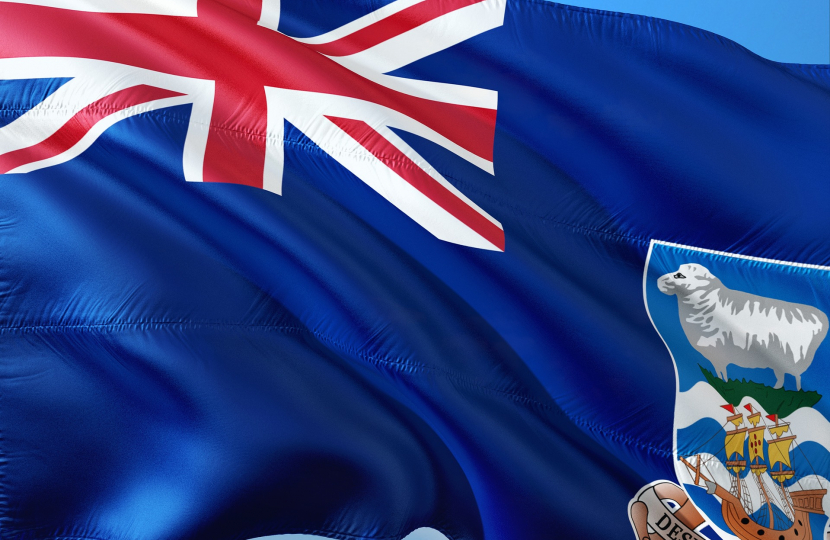 In the week of the 40th anniversary of the liberation of the Falkland Islands, Clwyd West MS and Chair of the Senedd’s Cross Party Group on the Armed Forces and cadets, Darren Millar, has paid tribute to all those who lost their lives in the conflict and all those affected by it.

In a 90-econd statement in yesterday’s meeting of the Welsh Parliament, Darren said the events that took place in 1982 “had a deep physical, mental and political impact on our nation”, and spoke of the key role played in the conflict by the Welsh Guards.

“This week marks the fortieth anniversary of the liberation of the Falkland Islands, following their invasion by Argentinian forces on 2 April 1982. The small British overseas territory in the south Atlantic was liberated by British forces on 14 June. The conflict saw 26,000 service personnel deployed in the air, on the ground and on the sea, and they were deployed to defend British sovereignty, democracy and freedom.

“Many of those courageous military personnel were, of course, from our small nation of Wales, with the Welsh Guards playing a key role in the conflict. The guards, though, paid a high price for the liberation of the islands, losing 48 personnel and sustaining 97 casualties, more than any other British unit. The bombing of the RFA Sir Galahad alone took the lives of 32 Welsh Guards, when the ship was set ablaze after being bombed by the Argentines in Port Pleasant. Those scenes, of course, were watched with horror at home and abroad.

“The events that took place in 1982 had a deep physical, mental and political impact on our nation, the scars of which are still felt today. But that impact was most felt by those brave men and women who fought to liberate the islands. In total, 255 British servicemen, 649 Argentine servicemen and three island civilians, all of them female, lost their lives. This week, as we commemorate the liberation of the Falkands, we must remember and respect all those involved and affected by the conflict, especially those who paid the ultimate sacrifice. We salute them all.”