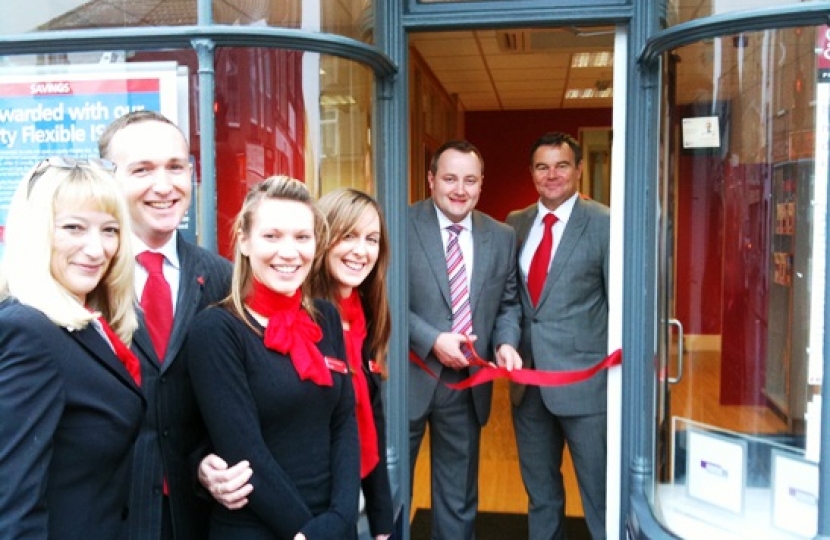 The opening of a new bank in Abergele has been welcomed by local Assembly Member, Darren Millar.

The new branch of Santander on Abergele High Street was officially opened this week by Darren Millar, Assembly Member for Clwyd West. Santander’s Abergele branch is located in premises previously occupied by Halifax which closed its counter service in the town earlier in the year.

‘I was delighted to be asked to open the new Santander branch in Abergele.

‘Many local banks and post office branches have closed in recent years so this is welcome news indeed for Abergele residents as well as Santander customers. This new branch will fill the void left by the closure of Halifax’s counter service in Abergele earlier in the year.

‘I understand that the staff affected by the Halifax closure have had their jobs safeguarded as a result of the Santander move. This is a very welcome boost for the local area In the current economic climate.’