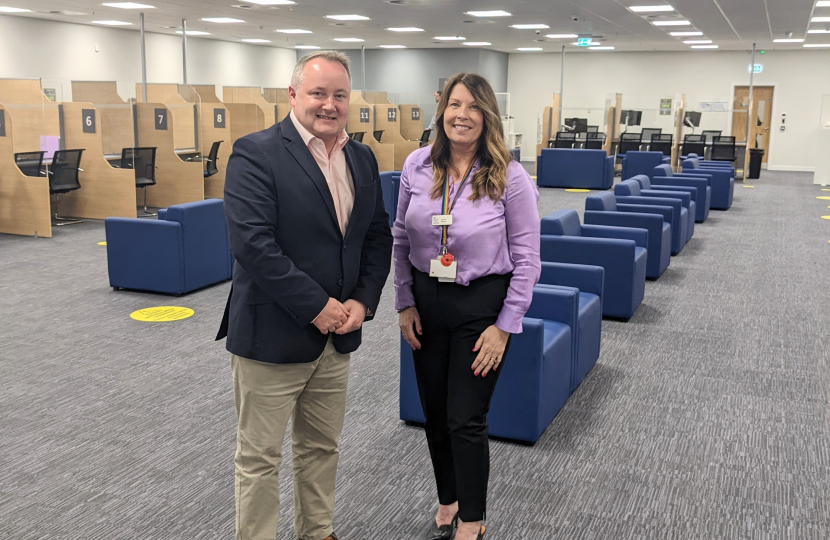 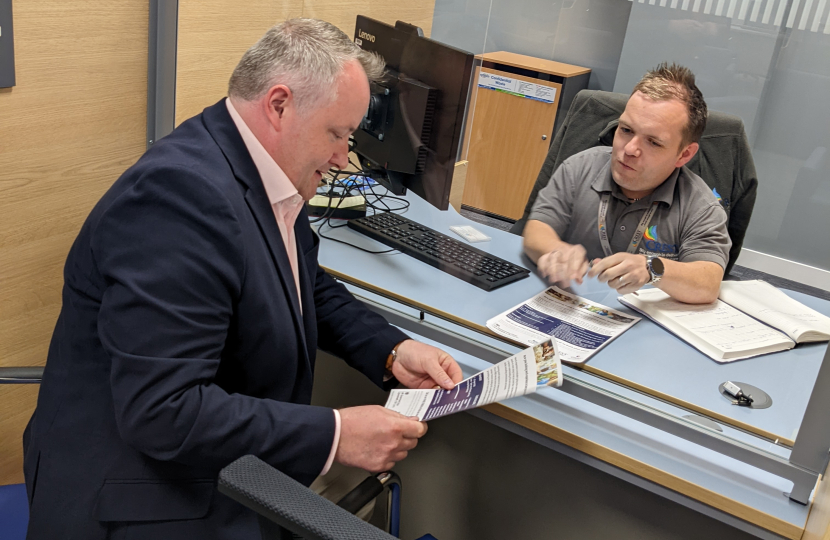 Following a visit to the new Jobcentre in Colwyn Bay, which opened last month, Clwyd West MS Darren Millar has commended staff on the “first rate” service they are providing jobseekers in the area.

The new temporary Jobcentre in Bayview Shopping Centre, Colwyn Bay, officially opened its doors on March 24th as part of the Plan for Jobs, giving jobseekers more access to support and the latest opportunities.

Darren welcomed the opening at the time and last week visited the Job Centre to find out how the team there are getting on.

“I very much welcome the opening of the Jobcentre, which is based in the heart of the town centre, and was very pleased to visit last week to speak to the work coaches and other staff members at the centre.

“The last two years has been a challenging time for people, so it is fantastic that this additional support is available in the area to help people back into work.

“It was great to meet with the work coaches at the new site, who have joined thousands of colleagues up and down the country at the forefront of the UK Government’s drive to get 500,000 people currently out of work into jobs by the end of the summer as part of the ‘Way to Work’ campaign.

“Each new work coach is helping people looking for employment in Colwyn Bay and other nearby areas, with one-on-one tailored support to find their next role.

“They, and the rest of the team, are doing tremendous work, building of the work already being carried out at the permanent Job Centre in Colwyn Bay in Prince’s Park. I was very impressed by the new facility and thank the team there for the first rate service they are providing.”

Colwyn Bay Jobcentre Plus is one of the new temporary sites announced by DWP earlier this year, building on the existing 639 Jobcentres across the UK.