NHS backlog in Wales must be addressed 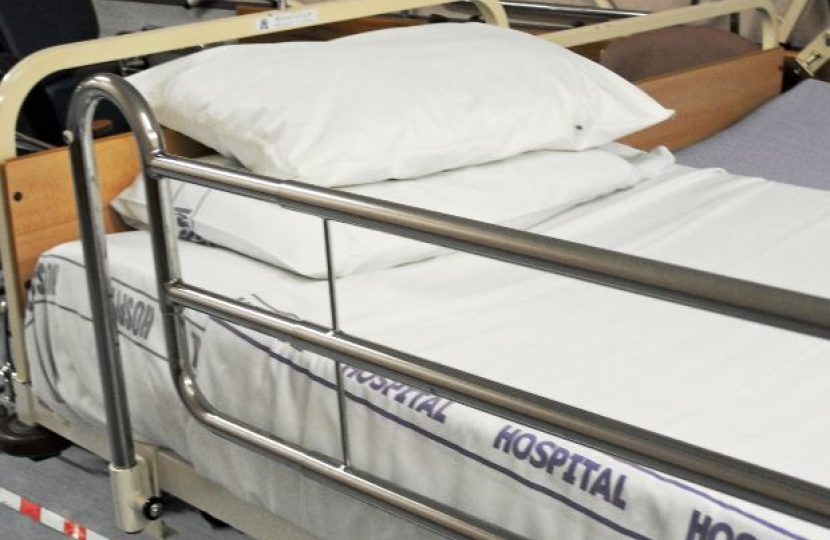 The COVID-19 outbreak has had a huge impact on core NHS services with a significant drop in elective procedures, urgent cancer referrals, first cancer treatments and outpatient appointments.

Patients across Wales living with health problems (including life-threatening conditions such as cancer) have been affected, with their treatment postponed or cancelled.

This is the hidden impact of the COVID crisis and worryingly patient safety is being severely compromised, not just by the virus itself, but by the knock-on effects of an unprecedented disruption to NHS services.

The situation here in North Wales is heightened by the fact that waiting times were lagging even before the pandemic.

Statistics published in August revealed that in June 4,905 people had been waiting over two years for non-urgent treatment in the Betsi Cadwaladr University Health Board area. There were 40,160 waiting for over a year for treatments such as knee and hip replacements; the Welsh Government’s target is 6 months.

The figures also showed that, in July, just 65% of patients were discharged from North Wales’ emergency departments within the target time of 4 hours with Bodelwyddan’s Glan Clwyd Hospital hitting just 45%.

Meanwhile, latest statistics show that the number of people entering hospitals in Wales for cancer treatment has fallen by over 40,000 in just one year.

This has led to concerns that tens of thousands of people who have cancer are unaware of their condition, with each day the illness goes undiagnosed increasing its severity.

The worries extend to other major non-Covid health conditions as the data also revealed that, between 2019/20 and 2020/21, admissions for:

Breakdowns of monthly figures showed more admissions in the summer months of last year than in 2019 for heart attacks, strokes, and diabetes, suggesting people following up on their concerns. But the trend went backwards as the second peak of the virus returned in the autumn and winter.

There are signs that the numbers will start rising and overtaking pre-pandemic figures, given March 2021 recorded more admissions than the same months the previous year for four of the health conditions, with those for strokes and dementia only marginally behind the 2020 numbers.

Our NHS staff have worked incredibly hard throughout the pandemic but it is now essential that we get on top the backlog of work that has exploded over the past 18 months.

It is clear from the North Wales figures that the Betsi Cadwaladr University Health Board needs a clear plan and much more financial support from Ministers in Cardiff Bay to get to grips with these unacceptable waiting times.

We also need to help our GPs to safely increase their capacity for face to face appointments to prevent unnecessary visits to emergency departments in the region.

There will be a huge human cost, as well as expense to the NHS, for having to deal with delayed tests and treatments on such a large scale, so it is vital the Welsh Government provide patients and healthcare staff with what they need to address them urgently.