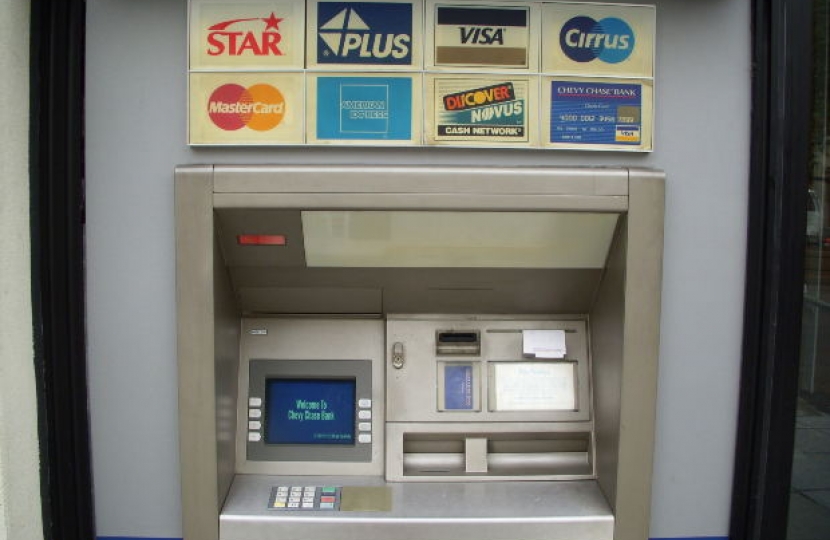 Clwyd West MS Darren Millar has expressed deep concern at report findings that there are only six banks branches left in the whole of the constituency.

A report by Consumer Champion Which? found that North Wales has lost more than half of its physical bank branches since 2015, and that in Clwyd West the number has fallen by a staggering 65%.

Clwyd West comes in the top three constituencies where banks have disappeared from high streets over the last 5+ years, with Clwyd South number one, with only one branch remaining, followed by Alyn and Deeside.

Banks say closures in recent years have been driven by a rapid increase in online and mobile banking - and a steady decline in the use of physical branches.

“It is deeply concerning that Clwyd West has lost 65% of its banks since 2015 and now only has six left in the entire constituency.

“As each bank closure has been announced over the years, I have challenged it with the bank in question and I have also repeatedly raised concerns in the Welsh Parliament.

“These constant closures do nothing to enhance the image of the banking industry. I appreciate that banks have to move with the times, but each closure is a devastating blow to the affected communities.

“Having an accessible local branch is important for not only for older and more vulnerable people, those without transport, or internet access, but also shopkeepers and small businesses. Towns are trying to attract businesses, but not having a bank will discourage them from coming to North Wales.”