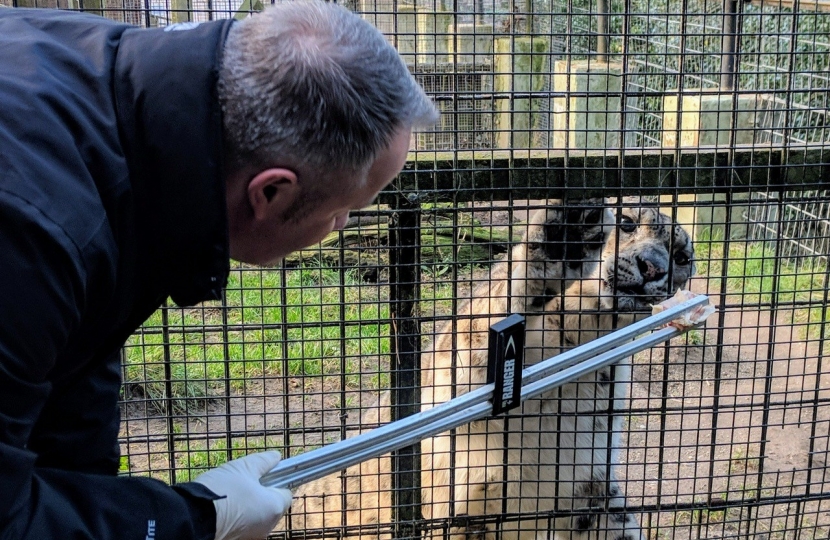 Clwyd West MS Darren Millar is calling on people in Conwy and Denbighshire to back the campaign for a support package to help Welsh zoos and aquariums survive the Covid-19 pandemic.

The UK Government has set up a £14 million fund to provide animal welfare grants of up to £100,000 for zoos or aquariums affected by coronavirus and Darren has been urging the Welsh Government to follow suit.

During last week’s virtual Welsh Parliament plenary meeting, Darren appealed to the Welsh Government’s Minister for Environment, Energy and Rural Affairs to set up a fund for zoos and aquariums in Wales, but in her response she ruled this out.

A petition calling on the Welsh Government to establish a Welsh Zoos Support Fund has now been launched and the public are being urged to sign up to show their support.

“It is vitally important that zoos and aquariums in Wales are supported in the same way that those over the border are.

“It is hugely disappointing that the Welsh Government have so far rejected calls for a fund in Wales. I know that people in North Wales care passionately about animals will be keen to see zoos and aquariums supported and in a position to survive this crisis.

“Our zoos, like the fantastic Welsh Mountain Zoo in my constituency, and aquariums, like Rhyl SeaQuariam and Anglesey Sea Zoo, attract tourists in their thousands and I therefore urge people to sign our petition to help ensure that they get through these troubled times and thrive once the lockdown is lifted.”

The full link to sign the petition is:  https://www.conservatives.wales/campaigns/petition-call-welsh-government-create-covid-19-welsh-zoos-support-fund

Commenting ahead of tomorrow’s statement from the First Minister, Darren Millar MS – the Shadow Minister for Covid Recovery – said:

“The Welsh Government must work hard to protect people’s lives and livelihoods.