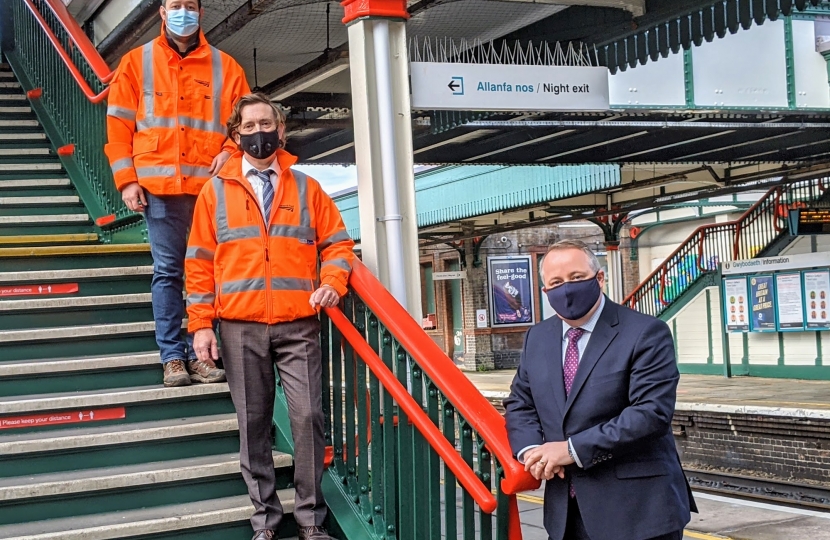 Transport for Wales have agreed to look into a proposal put forward by Clwyd West MS Darren Millar to reopen the promenade access at Colwyn Bay Station.

Darren has been petitioning for a number of years for the access to the station from Colwyn Bay promenade to be reopened in order to showcase the town’s beautiful waterfront, particularly to first time visitors to the town.

This week he put forward his proposal to Transport for Wales and Network Rail during a meeting to discuss the future of the station and they have agreed to incorporate a feasibility study into his plan as part of a Station Travel Plan for Colwyn Bay, which is being conducted in the coming months. This will look at issues such as costs, passenger numbers and destinations, and issues such as disabled access.

“I am delighted that Transport for Wales and Network Rail were open to my proposal and have agreed to incorporate a feasibility study into it.

“Colwyn Bay has a spectacular promenade, but sadly those visiting the town don’t get to see it when they arrive by train.

“First impressions matter so I really hope that plans to reopen the promenade access can be realised.

“If it is deemed feasible then funding will need to be secured to deliver the proposal.”