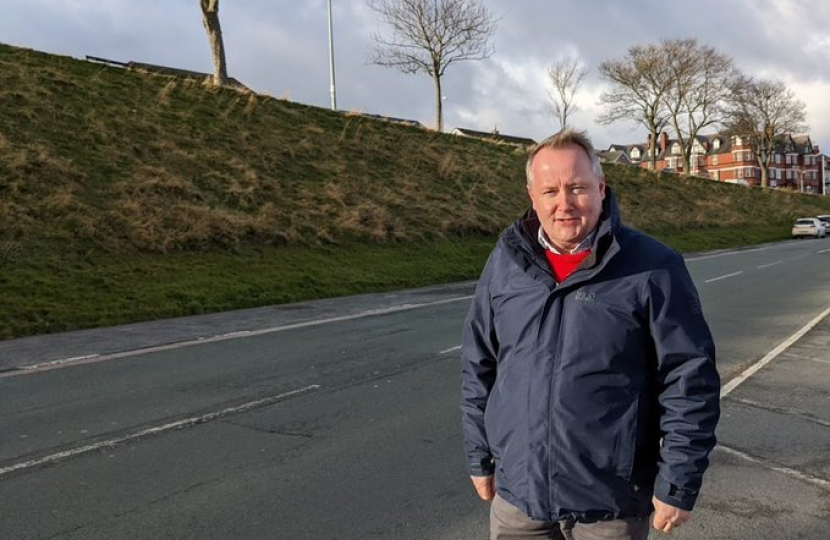 Clwyd West MS Darren Millar is encouraging residents and businesses in Rhos-on-Sea to send in their views on Conwy County Borough Council’s proposed options for the promenade along the Cayley Embankment.

The Council has published its proposals on its website and is seeking the views of the public and other stakeholders on proposed traffic flow and other changes, including whether to introduce a one-way system on the promenade at the bottom of the embankment.

Darren is against the proposals for the one way system and earlier this year launched a campaign urging Conwy County Borough Council to scrap them.

“If implemented, the one-way proposals will result in thousands of vehicles travelling up the embankment and more traffic driving through residential parts of Rhos-on-Sea, causing chaos and disruption for local residents.

“I know there is strong opposition against these proposals locally and in order to ensure that the one-way system is not implemented, it is crucial that people formally make their views known to the Council and I encourage residents and businesses to do this as soon as possible.

“The council has already amended its plans once following opposition to demolish popular kiosks as part of the scheme, so hopefully they will consider the views of residents once again and scrap the one-way system plans which would cause inconvenience to both locals and visitors alike.”

To view the proposals and to take part in the consultation,  click on the following link: Rhos-on-Sea waterfront Consultation