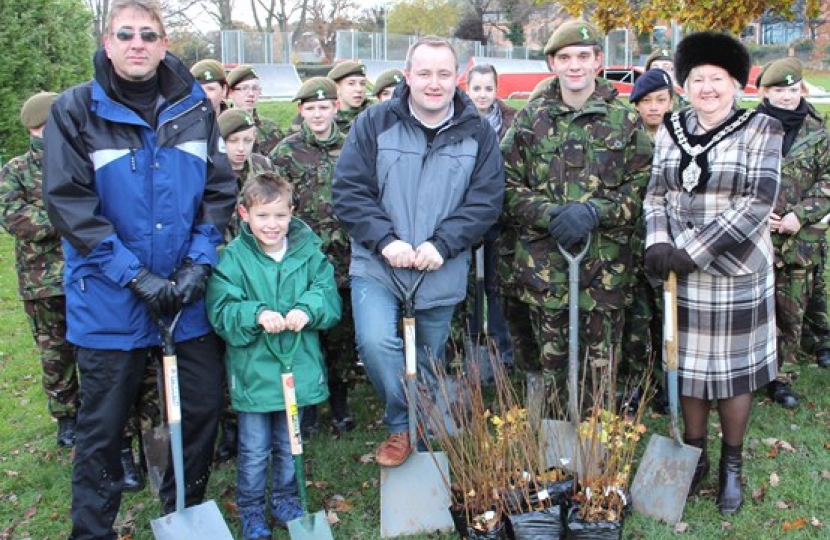 A local Assembly Member has joined a Colwyn Bay event to celebrate the 150th Anniversary of the cadet movement.

Darren Millar, Assembly Member for Clwyd West joined the Crécy Company in Colwyn Bay to plant trees in Eirias Park  as part of a series of events to mark ‘Cadet 150’, 150 years since the founding of the cadet movement. The Army Cadet Forces is one of the UK’s oldest and largest youth organisations consisting of more than 47,000 cadets in around 1,700 local detachments across the country.

Speaking after the event Darren said:

‘I was delighted to join the Crécy Company to celebrate this special anniversary.

‘As Chair of the Cross Party Armed Forces Group in the Welsh Assembly, I have a special interest in the important work of the cadet movement. Being a cadet helps young people develop both personally and physically by providing a range of opportunities, challenges and activities.

‘A number of historic events have been taking place across the country as part of the 150th birthday celebrations and I am proud to have been able to take part.’