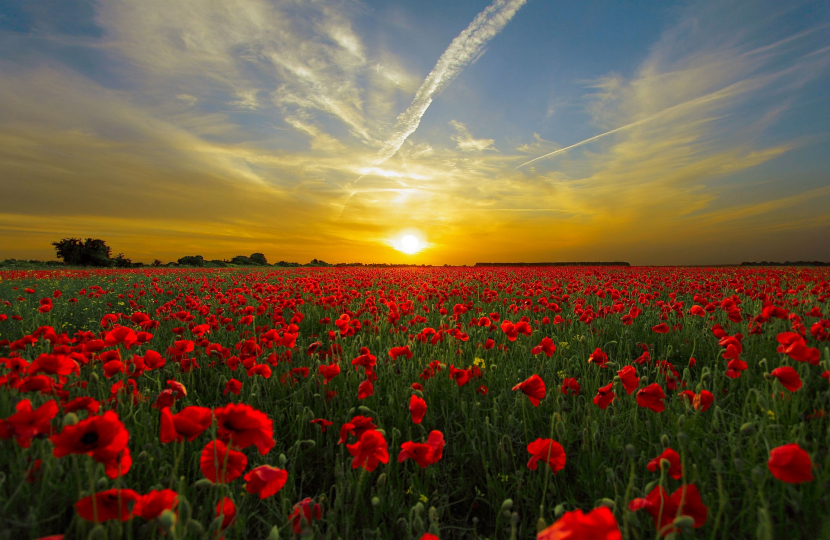 Armistice Day and Remembrance Sunday will take place this week.

The Armistice, an agreement to end the fighting of the First World War as a prelude to peace negotiations, began at 11am on 11 November 1918. “Armistice” is Latin for “to stand (still) arms”. To this day we mark Armistice Day around the United Kingdom with a Two Minute Silence at 11am on the 11th day of the 11th month.

Remembrance Sunday is celebrated every second Sunday of November, on November 13th this year. Initially, the closest Sunday to Armistice Day or Remembrance Day.

Every year throughout the country on these two special days, people of all ages across the nation pay tribute to the sacrifice and commitment of those who have served in our armed forces and remember all those who have died for their country in the First World War and all wars since.

During this period of remembrance, people wear poppies, the flowers which grew on the battlefields after World War One, to remember those who have given their lives in battle.

The Poppy Appeal, which this year was launched on October 27th, is the Royal British Legion’s biggest fundraiser and enables the charity to continue its vital work supporting our Armed Forces.

There will be Poppy Appeal stands in supermarkets and shopping centres across the country, and purchases can also be made online: https://www.poppyshop.org.uk/

The Royal British Legion provides invaluable support to the Armed Forces community, but can only do it with our support. I therefore encourage you all to give what you can to this very worthy fundraiser.

It is impossible to overstate the massive contribution that those serving in our armed forces make to keeping our nation safe, often at great personal risk, and for this they deserve the very best services and support.

As Chair of the Senedd’s Cross Party Group (CPG) on Armed Forces and Cadets, I therefore very much welcome the ‘Everyday Needs Grants’ the Royal British Legion are providing to help veterans to help pay energy bills

Members of the Armed Forces community will in many cases face the same cost of living pressures as other people, but some are more vulnerable to rising costs and previous RBL research found that working-age adults in the veteran community are more likely to be sick or disabled than UK adults of the same age.

The RBL have therefore announced a new set of emergency energy cost top up grants which will help those struggling to pay their energy bills with up to £200 per month depending on their financial circumstances.

The energy cost tops up grant is aimed at reducing the impact of the cost-of-living crisis on veterans and their families in need of extra support and is designed to prevent them from reaching a point of crisis.

Any member of the Armed Forces community wanting to access the grants can find out more and apply directly at rbl.org.uk/costofliving or call 0808 802 8080

We must all do more to remember and recognise the dedication and sacrifice that our armed forces make. Their professionalism and courage sets an example to young people across Wales.

In my role as Chair and founding member of the Armed Forces CPG, I have continually called for improved housing, health care, and Post Traumatic Stress Disorder support for veterans over the years and will continue doing so until they are provided with such support and the top-quality services they so deserve.