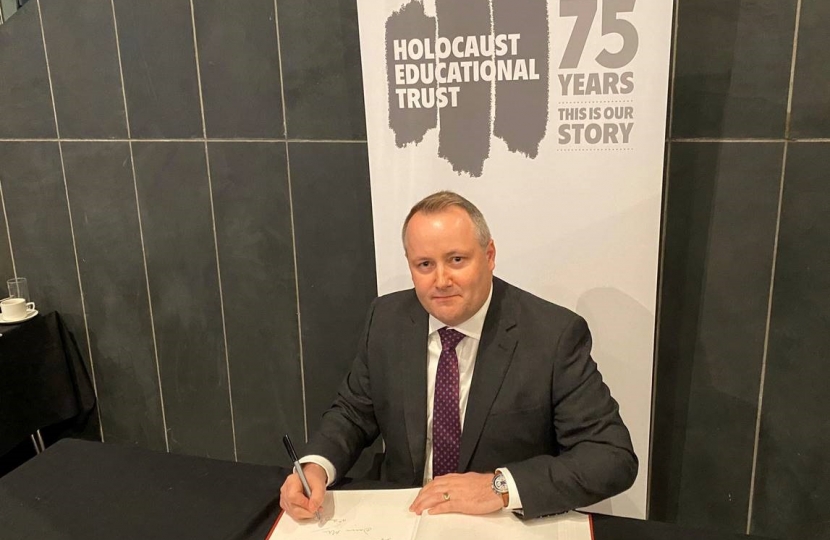 Monday (January 27th) was Holocaust Memorial Day, the international day to remember the six million Jews murdered during the Holocaust, alongside the millions of other people killed under Nazi Persecution and in subsequent genocides in Cambodia, Rwanda, Bosnia and Darfur.

The Holocaust (The Shoah in Hebrew) was the attempt by the Nazis and their collaborators to murder all the Jews in Europe. From the time they assumed power in Germany in 1933, the Nazis used propaganda, persecution, and legislation to deny human and civil rights to German Jews. They used centuries of antisemitism as their foundation, and by the end of the Holocaust, six million Jewish men, women and children had been murdered in ghettos, mass-shootings, in concentration camps and extermination camps.

The Holocaust was a terrible and defining episode of the twentieth century, which undoubtedly changed the course of history.

After the Holocaust, the international community adopted a legal definition of the crime of ‘genocide’. They wanted to make sure that never again would the crimes of the Holocaust be allowed to happen.

However, in the years following the Holocaust, genocide has continued to be carried out, which is why on Holocaust Memorial Day we also remember all those who were murdered or affected by the genocides in Cambodia, Rwanda, Bosnia and Darfur.

Subsequent genocides represent a failure of humanity to learn from the Holocaust and are a reminder for all of us that we must be prepared to guard against genocide happening again in the future.

Holocaust Memorial Day is for everyone and each year across the UK, thousands of people come together to learn more about the past and take action to create a safer future. It is hoped that as they learn more, they will empathise more and do more.

Thankfully, awareness and education about the Holocaust has improved in the UK and elsewhere. As many survivors of the Holocaust have got older, having retired from work and brought up their families, they have begun to share their stories and many survivors now work tirelessly volunteering in schools and museums to speak about their experiences.

Earlier this month I was very pleased to host an event in the Welsh Assembly to mark Holocaust Memorial Day, where we heard from Jewish Holocaust survivor Mala Tribich. Her story as a Jew in Nazi occupied Poland was a sad but powerful reminder of why it is crucial for us to remember the Holocaust and challenge hate, prejudice and anti-Semitism in the world today.

I also signed the Book of Commitment in the Senedd provided by the Holocaust Educational Trust. The book is a seven point commitment to remember and educate future generations about the atrocities committed during the Second World War.

As we remember the events of the Holocaust we must all seek to learn from them and consider the part we can play in preventing them from happening again in the future.

For further information on the Holocaust and genocides visit  https://www.hmd.org.uk/

Clwyd West MS Darren Millar is calling on the Welsh Government to adopt a targeted and proportionate approach to tackling the spread of Covid rather than a Wales-wide blanket approach, which he said would be “grossly unfair” to residents and businesses in North Wales.