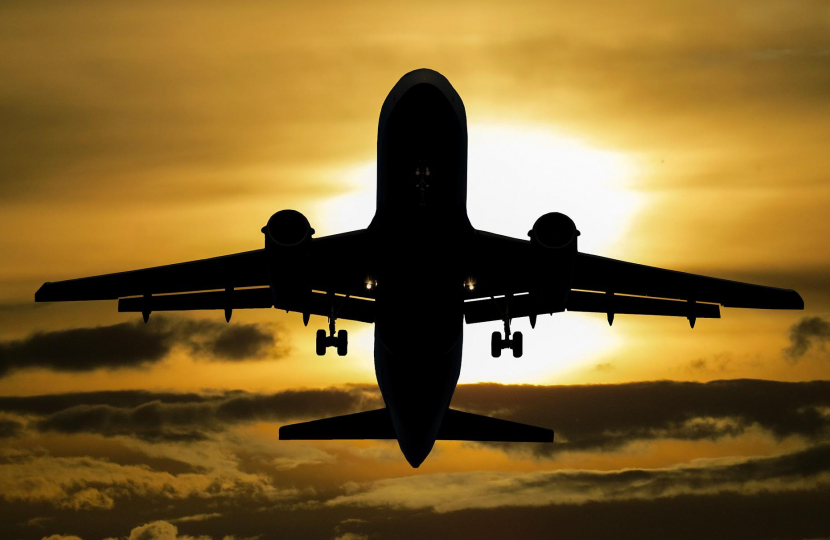 Clwyd West MS Darren Millar has today criticised the Welsh Government for failing to listen to warnings over the Cardiff to Anglesey air link and called on Ministers to look at working with other airlines in a bid to secure a more viable link to serve the people of North Wales.

It was announced last week that the subsidised Cardiff-Anglesey air route has been scrapped by the Welsh Government.

Over the years, Darren warned that the service from RAF Valley to Cardiff Airport was not providing value for money and made repeated calls for an alternative air link.

Speaking in today’s meeting of the Welsh Parliament, he again urged the Welsh Government to look at more viable alternatives to ensure North Wales has good transport routes and criticised those in power in Wales for the lack of investment in transport in North Wales generally.

“I'm glad that the Welsh Government has finally woken up and smelt the coffee. I told you back in 2010 that this service was not good value for money for the taxpayer, and that alternatives were needed.

"I suggested that an opportunity for the plane to hop to a number of different destinations in order to make it more commercially viable should be considered, such as connecting the Cardiff, Anglesey flights to the Isle of Man. But you didn't listen.

“You didn't listen either when I said that this service would be better placed in north-east Wales, where the majority of the population in North Wales actually live. You didn't listen.

"You didn't listen either when I said you should consider an air link into somewhere like Liverpool or Manchester, connecting the Northern powerhouse with south Wales. But you didn't listen.

"Those could have been commercially viable options that would have kept an air service available to the people of North Wales to be able to access Cardiff.

“So, will you listen now, when I say, will you look at working with other airlines as potential partners to try to establish some of those alternatives, to make sure that north Wales does have those good transport links that we need to be able to have with south Wales? And will you also look at the disparity in transport spending from your Government here in Wales?

“You're spending hundreds of millions of pounds on roads in the south of the country and paltry amounts, frankly, on the transport network in North Wales. You're spending peanuts in terms of the cash that you're putting into the North Wales metro, at £50 million compared to £750 million in south Wales.

“We need better levelling up of our transport infrastructure in across Wales. Why don't you look at making sure that your capital infrastructure is spent more evenly across the country, and take the opportunity to see whether there are potential airline partners who can establish commercially viable links that can serve the people of North Wales, helping to connect them to the south in a way that your publicly subsidised service didn't?”