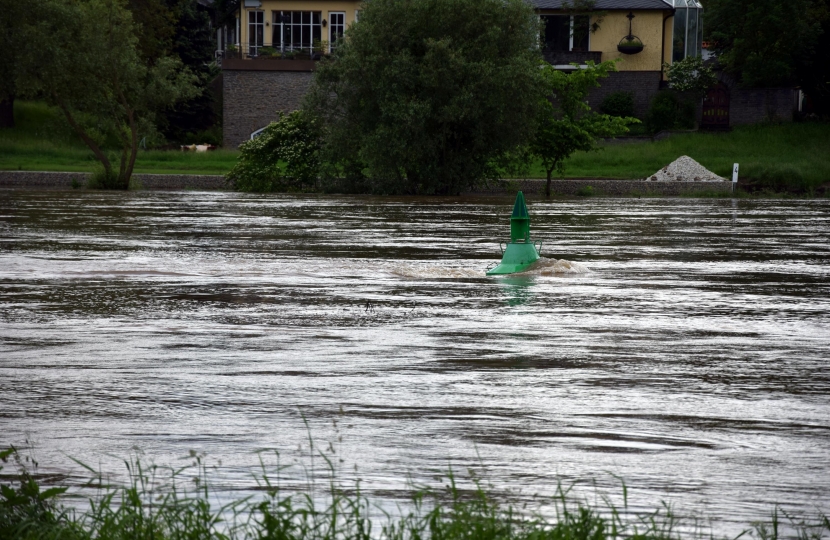 Speaking in the Welsh Parliament today, Darren said some residents are living in fear because of the inadequate defences and asked the First Minister what his Government is doing to address the issue.

“First Minister one of the biggest risks for North Wales as a result of climate change is rising sea levels and flood risk. Last night, like many people in my constituency, I received a flood alert because of the vulnerability of flood defences along the coast in my constituency in Towyn and Kinmel Bay, where, 30 years ago, in February next year, we will be commemorating the anniversary of the devastating floods that occurred in that community.

“The flood defences are insufficient in Towyn and Kinmel Bay at present to the extent that no new residential house building has been allowed in the area for over a decade. What action will your Government take in order to improve the defences in Towyn and Kinmel Bay so that my constituents don't have to live in fear every time they get an alert on their phone about potential flooding in the area?”

In his response, the First Minister stated:

“The Member will know that we have an ambitious £350 million programme of flood defences during this Assembly term, and I know that the Member himself, in previous debates on this matter, has acknowledged the work that has been done in other parts of his constituency to alleviate flooding. He knows as well that, in some parts of Wales, there are commercial interests that themselves have to bear part of the cost of providing the defences that are necessary. The Welsh Government will play our part, but other organisations cannot simply look to the Welsh Government to bear all the costs when there are clearly business and commercial interests at stake as well. But I want to give the Member an assurance that the position that he has outlined is known to the Minister, is considered actively by her, and the Welsh Government does want to look to find a solution in that part of the north Wales coast.”

Darren, whose family home was hit by the Towyn floods on Monday, 26 February 1990, added:

“I was just a teenager when a combination of storm-force winds, a high tide and extreme wave conditions caused a 400m long breach of the sea wall in Towyn flooding thousands of properties, including my family home. We were unable to move back into our home for 6 months as my parents battled with the insurance company and oversaw the building repairs. It was awful and it has saddened me to witness further homes being flooded in North Wales in recent years.

“Whilst we cannot prevent extreme weather conditions, we should be able to reduce risk of flooding to existing homes and businesses through a combination of flood defence improvements and efficient flood warning systems. I urge the Welsh Government to show some leadership on this issue.”