Welsh Government urged to invest in A55 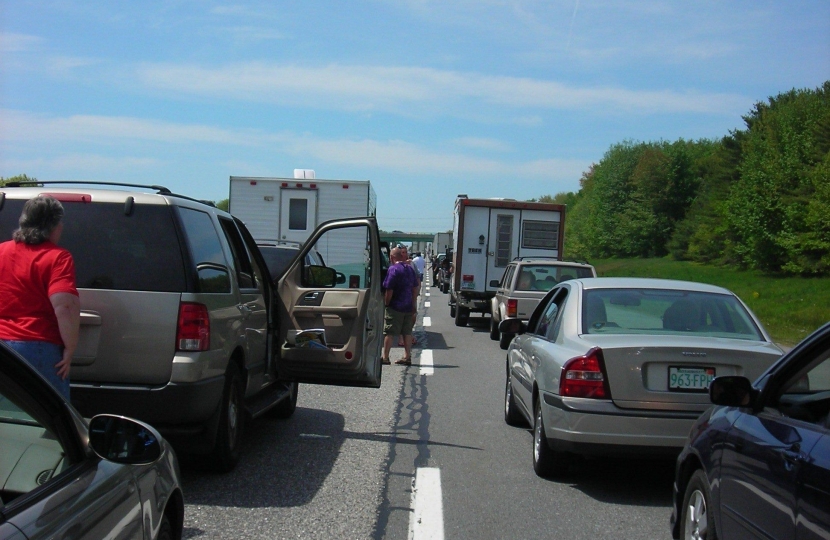 Speaking in the Senedd today, Clwyd West Assembly Member Darren Millar made fresh calls for Welsh Government investment in the A55.

Questioning the First Minister, he said the economy in North Wales has suffered a lot in recent years and that one of the reasons for that is because of “the A55 trunk road and its lack of capacity to be able to shift traffic along it, particularly in peak holiday periods”.

“Can I ask the First Minister whether, given the fact that you have decided to no longer to spend significant sums of money on the M4 relief road, you will look at investing in our key artery in North Wales, the A55, to ensure that it is fit for purpose and it can cope with the increasing traffic that we're seeing in north Wales as a result of people being attracted to come and visit us and to do business there?”

In his response, the First Ministe, Mark Drakeford AM, said his Government  “continue to invest significantly in transport infrastructure in North Wales”.

Speaking outside the Chamber, Darren added:

“The A55 is the is the lifeblood of the North Wales economy. It is to North Wales what the M4 is to the South, We are constantly hearing of the need to improve transport links with England, but using the A55 to get to work is becoming an increasingly arduous battle each day for North Wales commuters.

“Also, it is not giving a good impression of North Wales. Instead of a welcome in the hillside, tourists are all too often greeted with traffic jams and long delays which ruin the start of their holidays and risk them choosing alternative locations to stay in the future.

“People are fed up by holdups on this important dual carriageway and it is high time the Welsh Government listened to their complaints and granted the A55 with the investment it so desperately needs.”