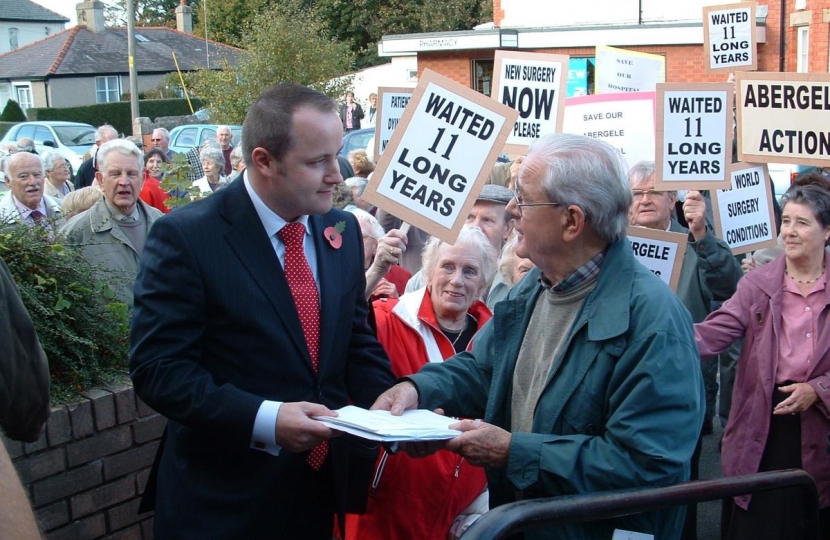 A record of action...

Darren was first elected to the National Assembly for Wales in May 2007 and was returned to the Senedd in 2011 and 2016 with increased majorities at each election.

Having been brought up in Towyn, Darren now lives in Kinmel Bay with his wife Rebekah and their two children, Mary and Toby. He is enjoys reading and history.

Prior to his re-election to the Assembly in 2016, Darren served as Shadow Minister for Health and Older People, and Chaired the Assembly's influential Public Accounts Committee.

Before becoming an Assembly Member, Darren worked as a manager for an international charity. He has also been an accountant working in the construction, care home and telecommunications industries.

In 2000/2001, Darren became the youngest serving Mayor in Wales, a record which he understands is as yet unbroken, when he served the township of Towyn and Kinmel Bay. He has also served as a member of Conwy County Borough Council, the North Wales Police Authority and the North Wales Fire and Rescue Service.