Call for change of law to protect local wildlife 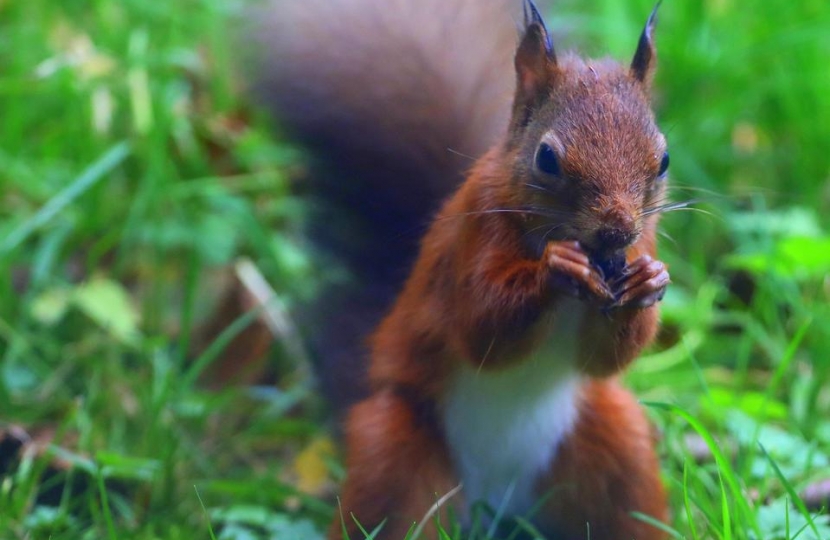 The Welsh Government has agreed to look into a request put forward by Clwyd West MS Darren Millar to change the law in Wales to ensure wildlife are considered before tree felling licences can be issued.

Darren, who is the Species Champion in the Senedd for the red squirrel, made the plea following this week’s Statement by the Deputy Minister for Climate Change on Trees and Timber.

Speaking in the Welsh Parliament, he said:

‘I'm a major tree enthusiast like you, and I think it's absolutely wonderful that there is a national ambitious target that is now being set for tree planting.

“There is, however, once concern that I have, and that is about felling. The Forestry Act 1967 in England and Wales does not currently allow local authorities to refuse tree felling licences to protect local wildlife populations such as the red squirrel, for which I'm the species champion. The Scottish Government has actually changed the law to enable licences to be refused for that purpose.

“Can I urge the Welsh Government to look at whether a similar change in the law might be possible here in Wales in order to protect not just red squirrels, for which I am the species champion, but any other important wildlife across Wales that could be threatened as a result of felling operations?”

The Welsh Government said it will consider this request.

In his response, Darren also referred to the Tiny Forest in Kinmel Bay, which he has visited to help plant trees.

“Can I thank the Welsh Government for the grants that it made available through Keep Wales Tidy and the Woodland Trust for the planting of a tiny forest in Kinmel Bay in my constituency, which has spurred the local community on to plant community orchards and trees on grass verges? It's the sort of chain reaction, I think, that the Welsh Government might be looking for.”