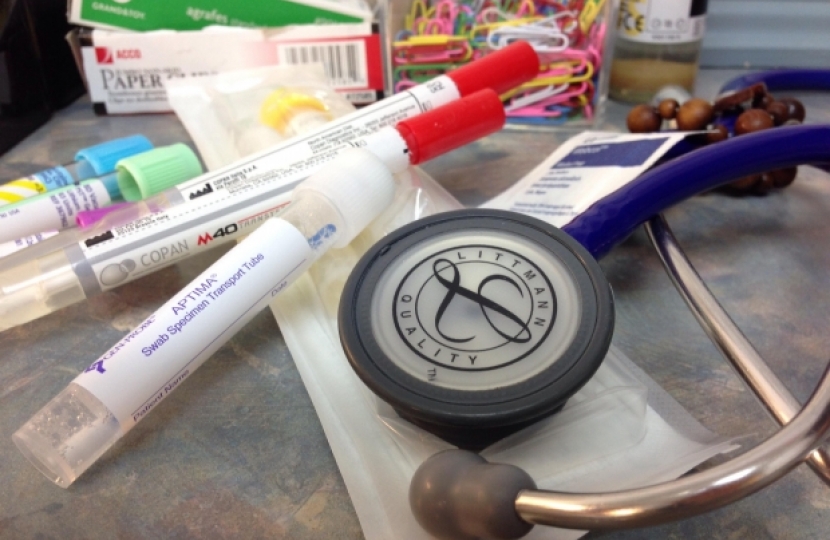 Clwyd West MS Darren Millar has called for a gradual return to face-to-face GP appointments after being contacted by constituents who he said are “increasingly frustrated” by the current system being used at practices throughout Wales.

In person appointments at GP surgeries were replaced last year with telephone and online consultations due to the pandemic.

However, with increasing numbers of people now vaccinated, Darren is calling on the Welsh Government to look at returning to more routine appointments.

Calling for a statement on the matter from the Health Minister during yesterday’s meeting of the Welsh Parliament, he said:

“I'm getting increasing correspondence from people who are desperate to be able to book a face-to-face appointment with their GP and who are increasingly frustrated by the call-first triage system that is operating across North Wales and other parts of the country.

“I can appreciate the need to safeguard the infection control arrangements in our GP surgeries, but this is now becoming a matter of contention in many communities and I wonder whether there can be fresh guidance issued to the NHS that allows a gradual face-to-face appointment regime to return to our GP surgeries.”

In her response, the Welsh Government's Trefnydd told Darren that “the new Minister for Health and Social Services is currently working with GPs and other stakeholders to see when that can be opened up.”

Speaking after the meeting, Darren added:

“I am extremely pleased that this is being looked at. Whilst the current system was necessary when infection rates were high, not all conditions can be diagnosed over the telephone. Therefore the sooner we return to face-to-face appointment, the better, and the lower the risk that patients will come to harm as a result of a lack of proper diagnosis.”