Call for Veterans rail card to be extended to Wales 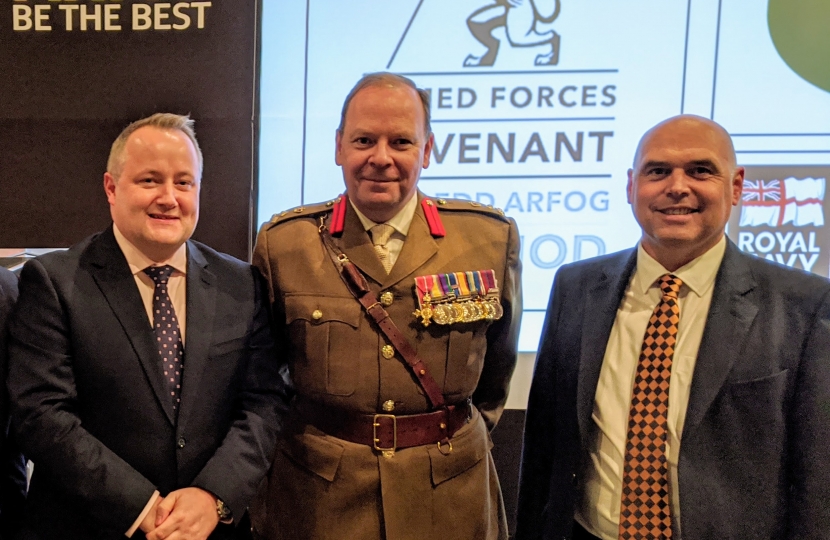 After recently welcoming the UK Government’s announcement of a veteran rail card in England, Clwyd West Assembly Member Darren Millar has called on the Welsh Government to extend the scheme to Wales.

Available from Armistice Day this year, the railcard will provide military veterans in England with cut-price train travel to help boost job prospects and bring them closer to family and friends.

In yesterday’s Business Statement in the Welsh Parliament, Darren, who is Chair of the Assembly Cross Party Group on the Armed Forces and Cadets, urged the Transport Minister in Wales to provide veterans in Wales with the same privilege.

“The Minister will be aware that the UK Government announced the introduction of a veterans’ rail card in England, and I know that veterans here in Wales are wondering whether there'll be a similar card available to them here.

The Trefnydd told Darren that the Minister for Economy, Transport and North Wales is “in current discussion with the Department for Transport in England to better understand the proposed scheme and how it might work, and then obviously to give consideration to the matter here”.

Speaking outside the Chamber, Darren said:

“Many veterans face difficulty in trying to access employment once they have left their time in the military and a veterans railcard would open up opportunities to them,

“It is vital that we do all we can to provide our veterans with the very best services and support and this railcard would help them greatly. It is encouraging that the Transport Minister is looking into this and I hope his discussions result in a positive outcome for our veterans in Wales.”