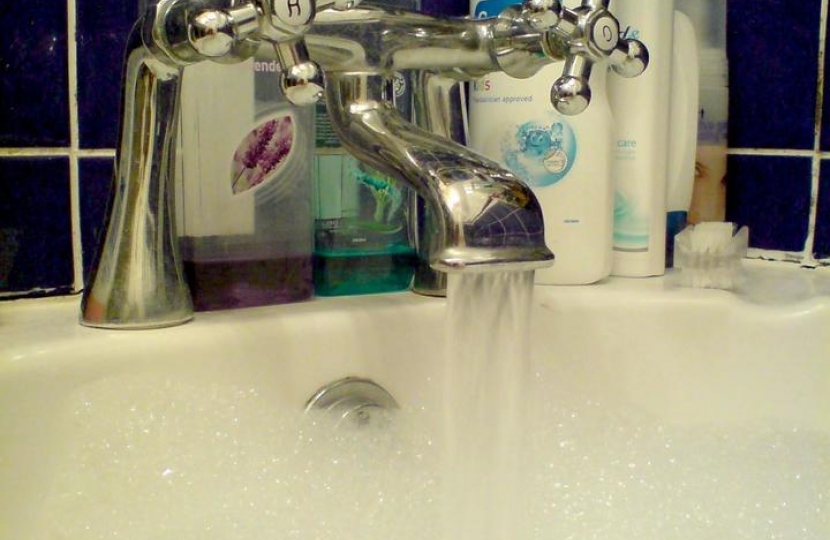 Following news of another burst water pipe in Gwyddelwern, Clwyd West MS Darren Millar has called for work to rectify water supply issues in the village to be brought forward.

In July last year Darren wrote to Welsh Water calling on them to urgently address frequent interruptions to water supply in the Denbighshire village after receiving complaints from residents.

He was told that the water main would be replaced in April 2022 and residents were informed of the timescale.

However, following this week’s burst Darren is calling for the work to start earlier.

“Whilst I welcome Welsh Water’s commitment to resolving the problems the residents of Gwyddelwern are experiencing, given the latest issues I feel strongly that the work should be brought forward. Residents should not have to wait a further three months, when they have already suffered for so long.

“The reliability of supply is totally unacceptable and I have contacted Welsh Water to tell them so and to urge them to reschedule the works to an earlier date.

“In 21st Century Wales, nobody should not have access to a clean water supply.”