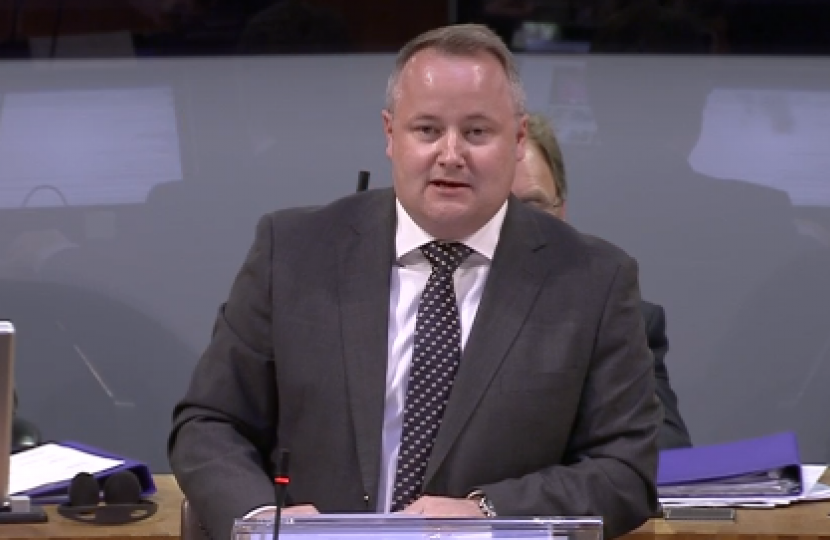 In the Welsh Conservatives Assembly debate yesterday on Betsi Cadwaladr University Health Board, Clwyd West Assembly Member Darren Millar hit out at the Welsh Government for failing to learn from good practice and from its mistakes and again called on the Health Minister to resign.

Closing the debate, he said the fact that five out of the seven health boards in Wales are in some sort of intervention or another, suggests that “there's a systematic problem in the Welsh Government in terms of the way that it tries to bring improvement in our health service.”

Speaking in the Chamber, he said:

“It's a very sad day that we're standing here four years after the Betsi Cadwaladr University Health Board was put into special measures, yet still this organisation has not made sufficient progress to come out of them.

“A quarter of the population in Wales is served by this particular health board, but it's breaking records, and it's breaking them for all the wrong reasons: record-breaking poor performance when it comes to emergency departments; record-breaking waiting times for people waiting for orthopaedic surgery; and, of course a record length of time in special measures for those particular services and aspects of the health board that are in special measures.

“The front-line staff in all of our hospitals, including in north Wales, are absolutely heroic. They are trying to do their best in difficult circumstances each and every day.

“They are amazing and incredibly talented people, but that doesn't take away from the fact that all of the evidence points to the fact that special measures in the Betsi Cadwaladr board are not working.

“The Public Accounts Committee report, the Donna Ockenden comments and a whole host of other evidence point to the fact that these special measures don't work.

“Five out of seven health boards are in some sort of intervention or another, and that, to me, suggests that there's a systematic problem in the Welsh Government in terms of the way that it tries to bring improvement in our health service. It doesn't seem to learn from good practice and it doesn't seem to learn from its mistakes. We know that Cwm Taf, for example, recently entered into special measures, and one of the reasons it entered into special measures was because it repeated many of the mistakes that had taken place in Betsi Cadwaladr.

“I agree with the Minister on this one thing. I don't think we need reorganisation in north Wales. I do think that the name 'Betsi Cadwaladr' has been tarnished, and I think you ought to think about a change of the name of that health board in order to restore its reputation out there in the world.

“But you are the person who's been responsible for this ministerial oversight for the past four years. You've failed to turn this situation around, and the NHS seems to be slipping further into these intervention arrangements in all sorts of other ways across Wales. I think you ought to accept responsibility, carry the can and step down from office.”