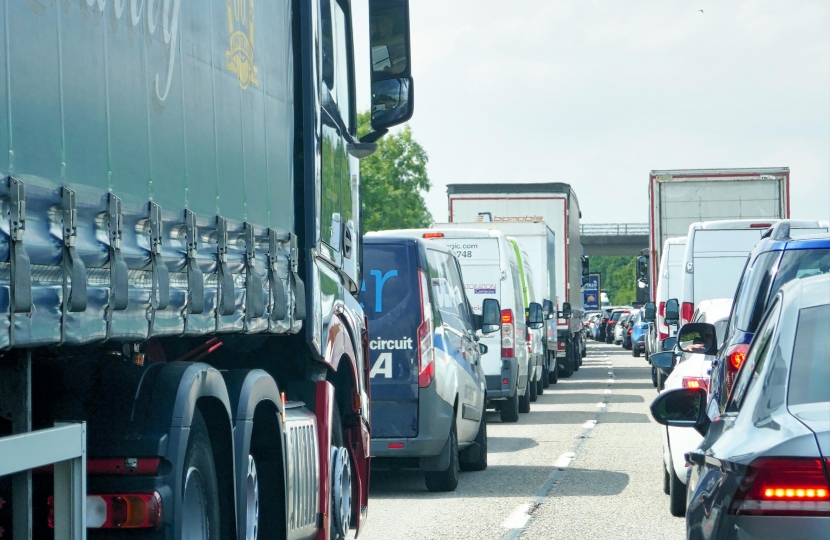 Draft Budget is a litany of failed opportunities.

From the M4 Relief Road, to Cardiff Airport, and from health and education to the economy, Mr Millar said that the Finance Minister had a golden opportunity to invest in the people’s priorities, drive a more dynamic economy, and build on the opportunities for Wales outside the European Union.

Mr Millar continued his passionate critique of the Draft Budget, calling the lack of investment in Welsh roads – including the M4 Relief Road rejected by the Welsh Labour Government following a £144-million investigation – “… one of the biggest barriers to growth and investment in South Wales” and calling for investment in the A55 and A40.

“But ironically, when we look at where Welsh Government is investing in transport – it’s actually in the most polluting form – air travel.

“This year, we’ve see a further £4.8 million for the state-owned Cardiff Airport, on top of a loan in excess of £21m announced in October.”

Just last week, pre-tax losses at the airport trebled from the previous year to some £18.5m, far in excess of the modest £1m loss during the airport’s last full year in private ownership in 2012.

“This was proclaimed as a ‘green’ budget, but the reality is that the Welsh Government’s response to its own climate change emergency declaration has been slow, vague and uncosted. We need to see more investment in cleaner technology in line with the drive to phase out diesel and petrol vehicles.

“Many Welsh counties have the poorest network of electric vehicle charging stations in Britain. Why isn’t this budget doing more to invest in these? It’s a missed opportunity to invest in clean technology and encourage consumers to make greener choices.”

“There are elements of this Draft Budget I have welcomed, as have my Welsh Conservative colleagues, but overall its one failed opportunity after another from a failing Welsh Labour Government.

“The UK as a whole is moving forward, and the newly-elected Conservative-majority government is getting Brexit done, and delivering on its manifesto promises.

“However, this Welsh Labour Government will see that its reckoning is going to come sooner than it thinks and hopes in next year’s Welsh Parliament election.”