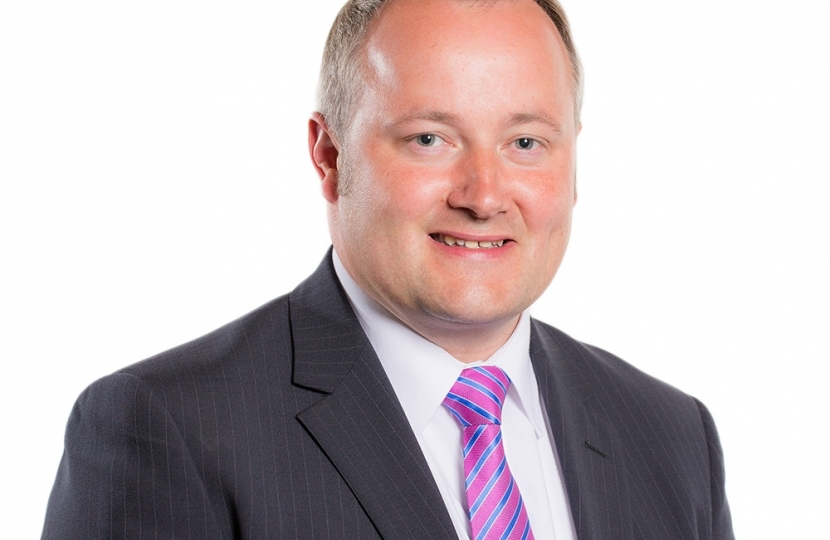 Clwyd West MS Darren Millar has again called on the Welsh Government to base the new Citizens’ Voice Watchdog, to represent patients in the NHS and social care, to be based in North Wales.

Speaking in the Welsh Parliament yesterday, Darren expressed concern that the body should not be centralised in Cardiff and urged Ministers to locate it in North Wales.

Calling for “a very much needed update on the Citizens’ Voice Watchdog and the implementation of the new role of that organisation” in the Business Statement, Darren, who has previously called for Community Health Councils to be retained, said:

“Many people in North Wales, as Members in this Chamber will know, have been very impressed with the work of the North Wales Community Health Council over the years, and one thing that I'm personally passionate about is I think that the new Citizen Voice Watchdog ought to be located in North Wales, not in Cardiff, or any other part of the country.

“North Wales doesn't have many of the headquarters of the different bodies that have been established by the Welsh Government, and I do think that this would really put an important stake in the ground for the region.”

Darren first called for the new body to be based in North Wales in 2020.

In her response, the Welsh Government’s Trefnydd told Darren “no decision has been made” about where the new Citizens’ Voice Watchdog is  going to be located.

Speaking outside the meeting, Darren added:

“I think that it is important that, where possible, the Welsh Government should ensure that public sector jobs are based outside of Cardiff. Locating the new Citizens' Voice body in North Wales would go a long way to recognising the importance of the region for the Welsh Government, especially given the challenges in healthcare in the region in recent years.”