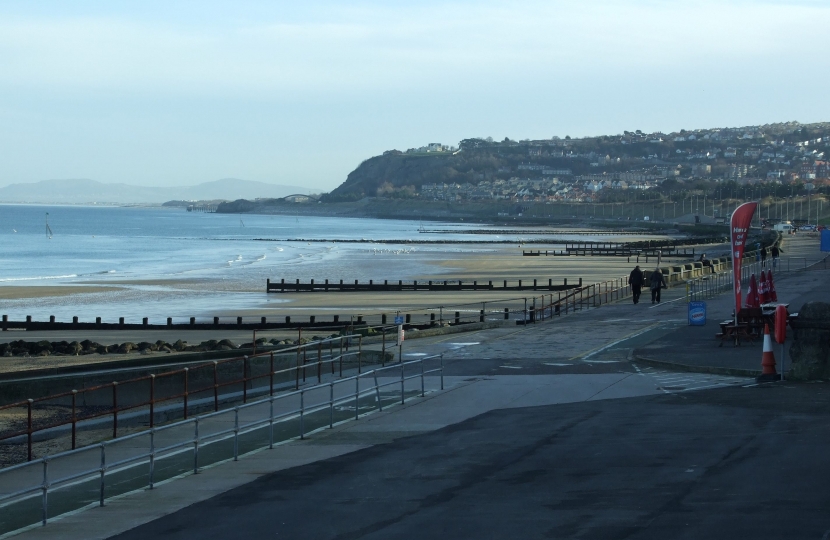 Clwyd West Assembly Member Darren Millar has called on the Welsh Government to take action to help ensure that North Wales is made one of the UK’s five planned new tourism zones.

Last month Prime Minister Theresa May revealed plans for the tourism industry that included creating 130,000 extra hotel rooms and a drive to bring 9 million more visitors to the UK. The plans also includes a pilot of up to five new Tourism Zones to drive visitor numbers across the country.

Zones will receive Government support for growing their local visitor economy, through initiatives like targeted support for product and promotion development, mentoring support to businesses and digital skills training.

Speaking in Wednesday’s Plenary session in the Welsh Parliament, Darren urged the Minister for Economy and Transport, Ken Skates AM, to co-operate with the UK Government to try to make North Wales one of the zones.

“I'm sure, like me, you'll welcome the fact that we've been seeing rising numbers of international visitors, particularly from places like Japan in recent years. You may be aware that, last month, the Prime Minister announced plans to create five tourism zones in the United Kingdom in order to boost the sector and boost visitor numbers.

“As an Assembly Member from North Wales, I know how critically important the tourism industry is and that we can drive up its impact on the economy by encouraging visitors to stay overnight. Given that these zones are up for grabs, can I urge you to co-operate with the UK Government and seek to have North Wales designated as one of the tourism zones so that we can reap some benefits from the investment that the UK Government is going to be making?”

The Minister told Darren that he will speak with both the Minister for International Relations and also the Deputy Minister regarding this development, “because it could play a key feature in the international strategy that is shortly to be consulted on” and “would also neatly sit with the current partnership for growth strategy for tourism in Wales, which is striving to drive up the number of higher quality hotels in Wales”.