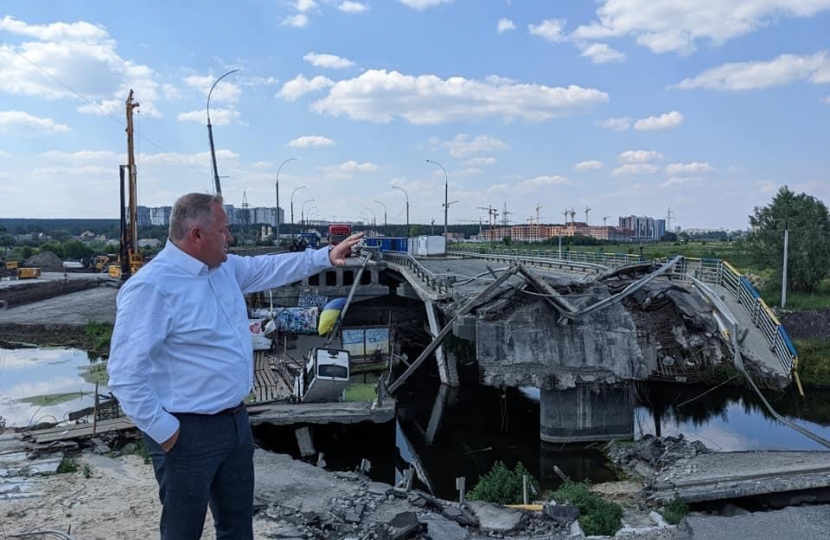 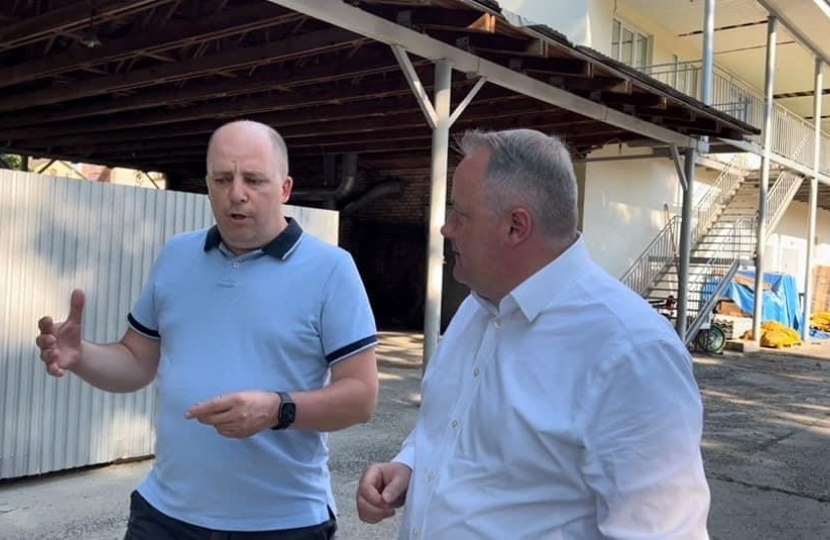 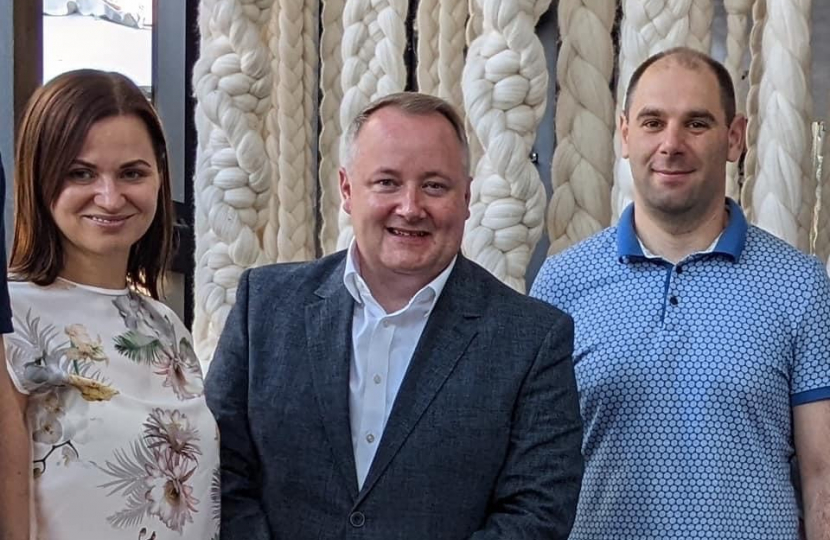 Clwyd West MS Darren Millar showed his support for the people of Ukraine this week when he paid a visit to Kyiv, Lviv, Irpin and Bucha.

Darren met with a delegation of Ukrainian MPs in Kyiv and presented them with a message of support from the Senedd's Presiding Officer for President Zelensky.

While in Kyiv, he also visited Saint Sophia Cathedral to pray for the nation and visited the site of a missile strike which killed civilians and injured a seven year old girl over the weekend.

Elsewhere in Ukraine, he visited Lviv, Irpin and Bucha.

Irpin and Bucha were temporarily occupied by the Russians and suffered a great number of casualties and damage from missiles and heavy artillery soon after the invasion.

While there Darren saw damaged buildings, factories and infrastructure such as roads and rail bridges and met with victims who lost their homes and loved ones and are now separated from their families (there are many men left alone while their spouses and children have taken refuge elsewhere in Europe).

He also met with faith and denominational leaders who's churches have been giving shelter, food and clothing to internally displaced people and refugees.

“While in Irpin I visited the offices of Samaritan's Purse a humanitarian relief agency which has been responding to the crisis in Ukraine. I spoke with Sergiy Kachan their Ukriane Director.

“Sergiy and his family were forced to flee their home at the outbreak of the war, and his wife, Zhenya, and children, Evelina and little Sergiy, are currently staying with relatives in Berlin.

“Being separated from his family is devastating for Sergiy. He said: “War is unbelievably bad. It’s terrible to see people dying, to be surrounded by enemies and to see pictures of our hometown, part of which has already been destroyed. It’s not nice to fall asleep alone in someone else’s bed every night, not knowing if you’ll ever be in your own again”. Sergiy  lives in hope that one day he will be reunited with his family and will live again in a peaceful country.”

“All of those I met during my visit very much appreciated the solidarity and cross support in the Senedd and from the Welsh Government and people.

“They also were very much encouraged by me taking the time to come and see them personally, saying that a visit means more than a thousand warm words from afar.

“There are a number of issues to follow up with both UK and Welsh Government Ministers and other organisations which I will do so in the coming days.”